Scientists will test the system of laser space communication 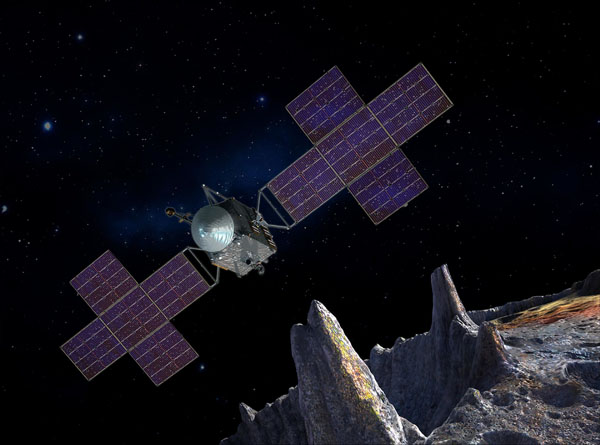 The spacecraft, designed to explore a unique asteroid, will also help to test new equipment for space communications, which uses lasers instead of radio waves.

The Deep Space Optical Communications (DSOC) package, installed on board the NASA spacecraft Psyche (“Psyche”), allows information to be transmitted using photons – fundamental particles of visible light – to transmit more data over a given period of time. The goal of the DSOC system development is to increase the productivity of communication systems of the spacecraft and their efficiency by 10-100 times, in comparison with traditional space communication systems, with constant mass, volume and capacity of the equipment.

Work on the creation of this package of equipment and software for the implementation of laser communications was conducted at the NASA Jet Propulsion Laboratory, located in Pasadena, California, USA.

The architecture of the DSOC system is based on the transmission from the Earth’s surface of an auxiliary laser “beacon signal”, which allows to stabilize the geometrical data line and carry out a subsequent downward transmission by means of a laser beam emitted from a spacecraft.

Laser “beacon” for the DSOC system will be transferred from one of the premises of the Jet Propulsion Laboratory, from the territory of California.

The first launch of the DSOC system is expected about 60 days after the launch of the Psyche mission, scheduled for the summer of 2022. The mission of Psyche is to study the asteroid (16) Psyche, a metal asteroid located at a distance of about 2 astronomical units from the Earth (1 AU is distance from the Earth to the Sun). The arrival of the probe to the asteroid of the Main asteroid belt is expected in 2026.