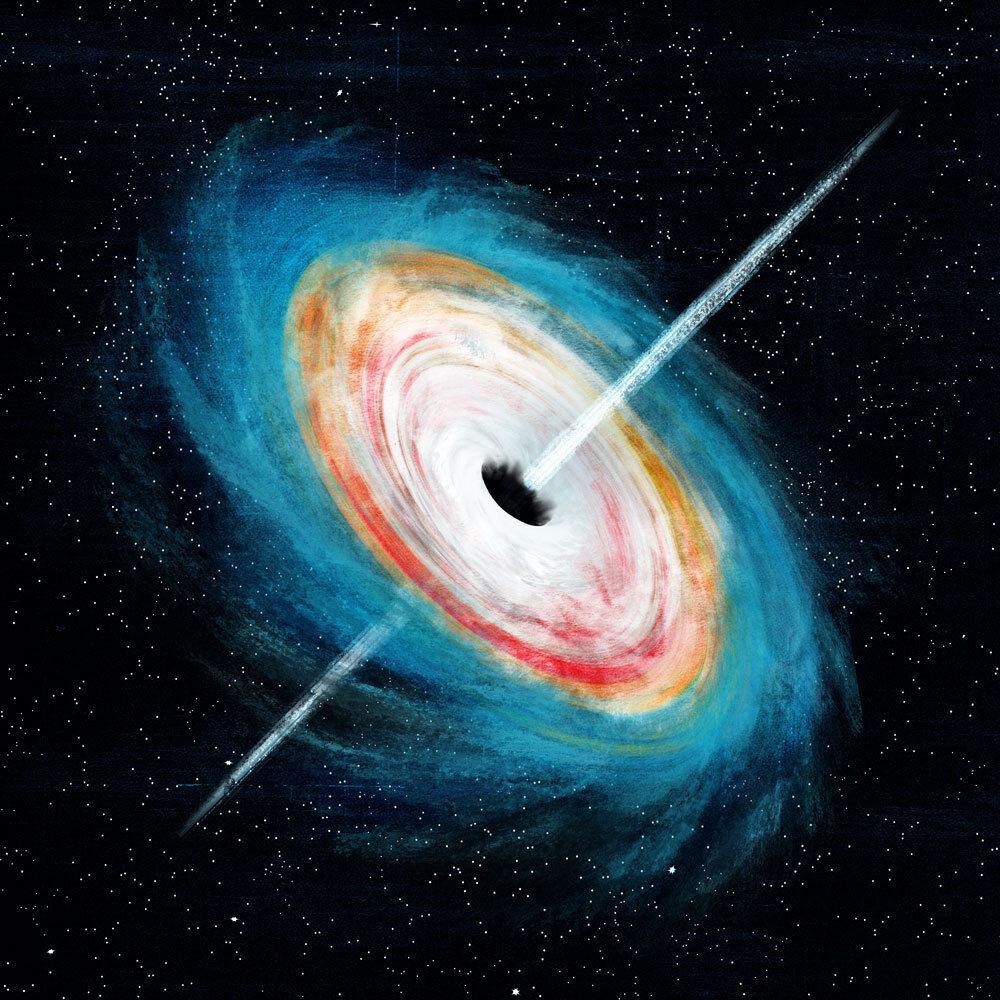 Shantanu Basu and Arpan Das from the Department of Physics and Astronomy at Western University offered an explanation for the observed distribution of black holes in mass and luminosities (in the vicinity of black holes, the light emitted the material they absorb), which previously could not be explained.

This model is based on a very simple assumption: supermassive black holes form very quickly and then abruptly stop growing. This explanation is radically different from modern ideas about the formation of black holes of stellar masses, according to which black holes arise during the collapse of a very massive star.

“This is an indirect confirmation of the hypothesis that black holes are formed as a result of direct matter collapse and are not remnants of burnt stars,” said Basu, a professor of astronomy at Western University and a recognized international expert on the early stages of star formation and evolution of protoplanetary disks.

Basu and Das developed this new mathematical model by calculating the mass function of supermassive black holes that form over a limited period of time and experience a rapid, exponential increase in mass. This increase in mass is either governed by the Eddington limit, which is established by the balance between radiation and gravitational forces, or it can be somewhat greater than this limit, the authors explained.