Secrets of the halo of dark matter 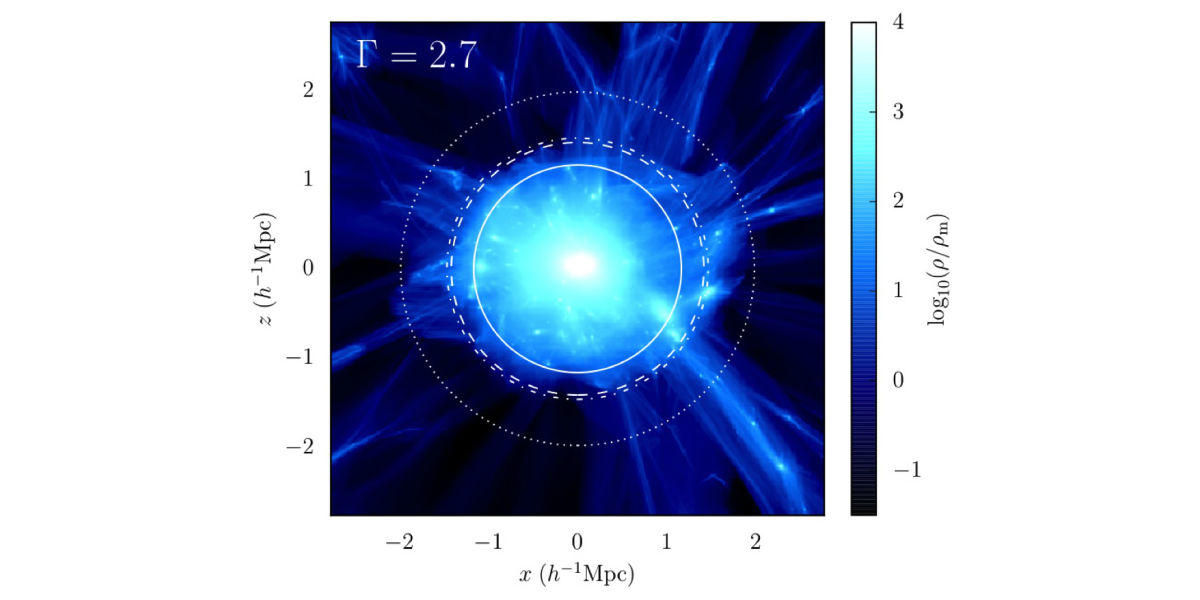 A study conducted by scientists from the University of Pennsylvania, USA, can shed light on the distribution of one of the most mysterious substances of the universe.

Anomalies in the distribution of velocities of stars that make up galaxies forced scientists to assume the existence of a mysterious substance that participates exclusively in gravitational interaction. Particles of dark matter affect both the motion of objects inside galaxies, and the motion of galaxies in the composition of galaxy clusters. Dark matter extends far beyond the boundaries of the most distant stars of the galaxy, forming around the galaxy a vast halo.

In a new study, Bhuvnesh Jain, a professor of physics at the University of Pennsylvania, and his colleague Eric Baxter studied the important features of the structure of such halos. The aim of the study was to find out whether the halo of dark matter has clearly delineated boundaries. Analyzing data collected using the Sloan’s digital sky survey for various clusters of galaxies, Jane and Baxter were able to show that at the halo boundary, the concentration of matter takes place from the dark matter of the cluster, while a sharp decrease in the density of the distribution of galaxies is observed beyond its boundaries. These results are attributed to the so-called splashback effect, manifested in the fact that matter falling into the halo from a dark matter at a certain point begins to move in an orbit, forming a shell that is denser than the substance behind Its limits.

“the emerging picture of the dark matter halo of the Milky Way is dominantly lopsided in nature.”

What ripples when galaxy clusters collide is what waves in a double slit experiment, the superfluid dark matter which fills ’empty’ space.

The superfluid dark matter is likely a sea of massive dark photons which ordinary matter moves through and displaces.

The sea of massive dark photons displaced by ordinary matter is the quantization of gravity.