Seismic activity confirmed on the moon 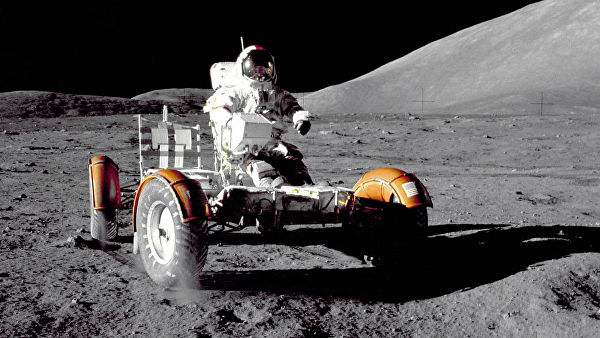 Repeated analysis of data collected by the Apollo mission seismometers helped scientists prove that the depths of the moon continue to cool and generate seismic shocks. Their findings were presented in the journal Nature Geoscience.

“We assume that the eight jolts that we found in the Apollo data were generated as a result of the rock shifts at the time when tidal forces acted on the moon, and its crust accumulated enough energy as a result of its cooling and compression This suggests that the moon is still “alive” in terms of tectonics, “said Thomas Watters from the Smithsonian Institution in Washington, DC (USA).

For a long time, scientists believed that the Moon is a completely “dead” planet in geological terms – its interior has long cooled, and no tectonic or seismic activity in them should be preserved.

These views were questioned after planetologists studied images collected by the American LRO probe since its arrival at the lunar orbit in June 2009. In these photos, scientists have discovered special forms of relief – the so-called faulting ledges, a kind of “folds” of rocks, resulting from the displacement of two layers of rocks relative to each other.

Such structures, as planetologists now consider, arose in the relatively recent past of the Moon, not more than 50 million years ago, as a result of the cooling of its rocks. This re-forced them to argue about when the Earth satellite ceased to show geological activity and whether it actually happened.

Watters and his colleagues found the first “material” evidence that the bowels of the moon remained active at least half a century ago, studying the data that recorded seismometers installed on the surface of the Earth satellite by astronauts from various Apollo missions.

Over eight years of operation, these sensors recorded 28 relatively weak shocks, allegedly occurring at the surface of the moon. Before the discoveries of LRO, scientists did not attach much importance to these records, considering them to be consequences of the falls of small or medium-sized asteroids.

At present, the NASA probe has opened more than 3.5 thousand such “scars” on the moon, which gave Watters and his team the opportunity to check whether they were related to the jolts recorded by the tools of the Apollo 12, Apollo 13 “,” Apollo 15 “and” Apollo 16 “.

To do this, scientists had to create a special algorithm that allowed them to relatively accurately calculate the epicenter of these shocks, whose position was originally determined with extremely low quality. At the same time, geologists specified the depth at which these oscillations occurred, and compared both of these parameters with recent LRO images.

It turned out that eight of the 28 tremors at once were located in the immediate vicinity of the relatively “fresh” waste ledges, and their center was at the “correct” depth. In this case, almost all the bursts occurred at the moment when the Moon was either at the greatest distance from the Earth, or was as close as possible to it.

At this point, as geologists explain, tidal forces act as strongly as possible on the rocks of the moon’s crust, which additionally compresses or stretches them, contributing to the release of energy at the points of stress and the formation of new faulting benches. The calculations of the scientists show that the power they have developed should be quite enough for the birth of at least six vibrations recorded by the Apollo.

“For me personally, this discovery was another sign that we need to return to the moon. We learned a lot of new things through Apollo, but, in fact, we only touched the secrets of this planet. A more serious network of seismometers will allow us to quickly expand our ideas about its geology. All this makes re-flight to the moon an attractive goal for scientists, “concludes Nicholas Schmerr of the University of Maryland (USA).