Shadow of the Hayabusa-2 station on the Ryuga asteroid 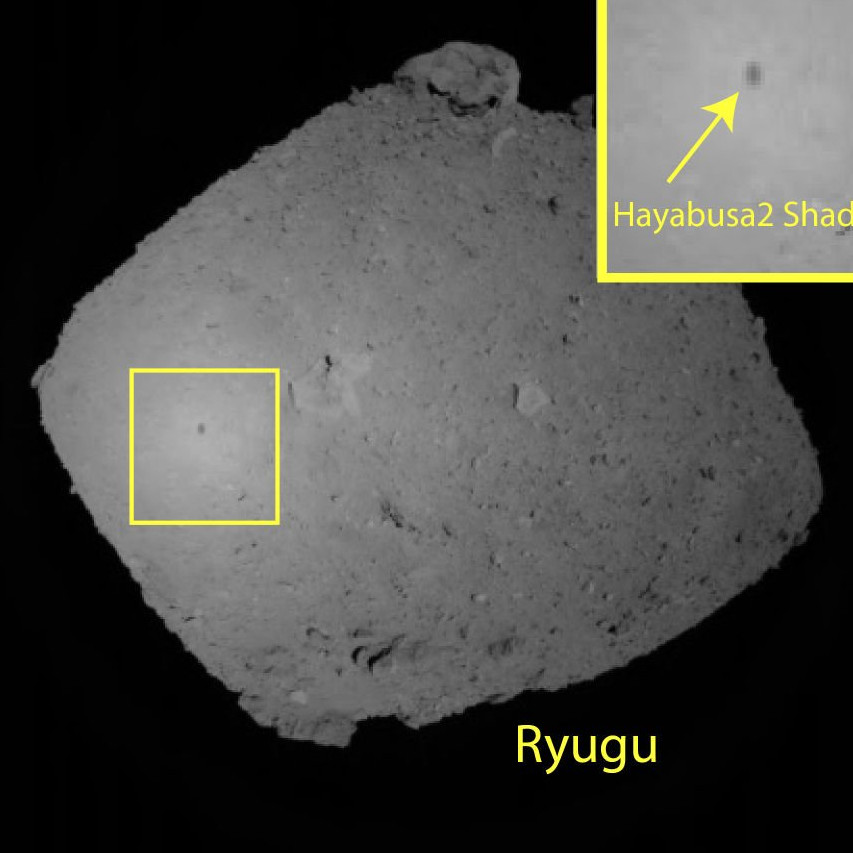 The new image shows how the Japanese spacecraft called Hayabusa-2 cast a shadow on the asteroid Ryugu. The photograph was taken by cameras installed on board an automatic interplanetary station, built to investigate the above-mentioned asteroid and take samples from its surface.

In October this year, the descent vehicle MASCOT, which is part of the Hayabusa mission, will begin to descend and land on the asteroid Ryugu. He must land on the southern hemisphere of the asteroid.

A small shadow that was thrown to the surface of the asteroid by a spacecraft is visible in the form of a tiny point. It appeared on the asteroid between 10 and 12 September. During this period Hayabusa-2 just dropped to a height of almost 600 meters and made navigational images using an optical navigation camera.

The shadow was created because of a phenomenon called “opposition effect”. This was reported by officials of the Japanese space agency JAXA. This occurs when the angle between the Sun, the surface of the celestial body and the observational position is close to zero. When this situation occurs, sunlight is behind the spaceship, casting a shadow over the asteroid.