Showed to NASA hexarutting on Saturn 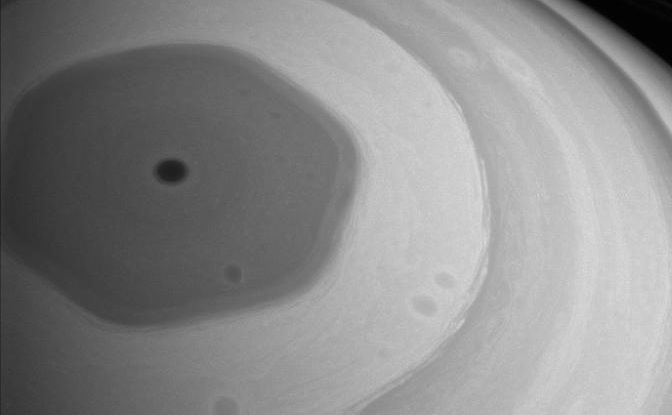 The Cassini station started within the mission of Cassini-Huygens NASA and the European Space Agency photographed hexarutting on Saturn. An object of the exact hexagon form is at the North Pole planets, NASA reports.

Scientists believe that hexarutting is steady atmospheric education on Saturn. The picture was made on September 9, 2016, however the agency showed it just now.

Each point on a photo corresponds to 74 km. The picture was made by Cassini from distance of 1,2 million kilometers from Saturn – the moment when hexarutting is lit with the Sun was succeeded to imprint stations.