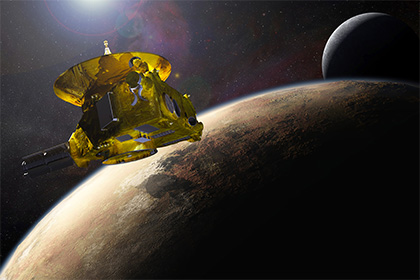 Scientists in the pictures taken station New Horizons, noticed corroded terrain of Pluto. The region has received the informal name The earth and Venus is a unique planet and a dwarf The solar system landscape. It is reported by NASA.

Earth Venus consists of plains in the form of polygonal blocks, separated other dark channels with a width of 3-4 kilometers. The terrain also there are impact craters with a diameter of 25 kilometers. This indicates on the ancient origins site.

Scientists still have not seen such structures on the planets of the Solar system. Most similar to them are the canyons of labyrinthus on Mars. On the red planet, they arose as a result of tectonic processes (stretching and cracking the surface of a celestial body). 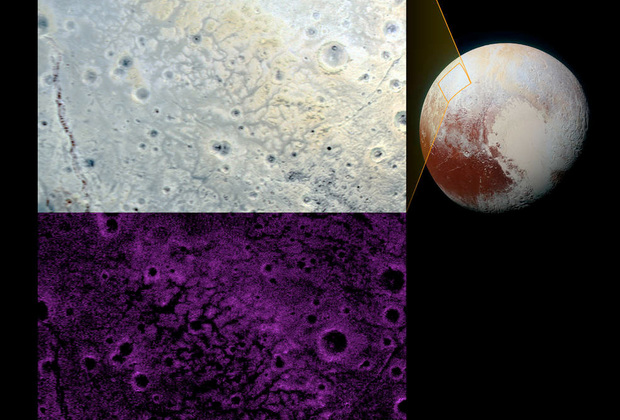 On Pluto, the channels could be formed as a result of similar processes. The valley separating the blocks, was able over time to expand because of moving the nitrogen ice or sublimation (transition from solid to gaseous state bypassing the liquid).

Presented at the NASA image, the bottom image shows the rich methane ice area (shown in purple). Methane in the solid state is sensitive to sublimation in terms of Pluto.

Presented NASA image is made as a scientific tool MVIC (Multispectral Visible Imaging Camera) at a distance of 33,9 thousand kilometers from Pluto 45 minutes before the minimum approach with the dwarf planet. Resolution image is 680 meters per pixel.