Signs of having liquid water on Mars may be wrong 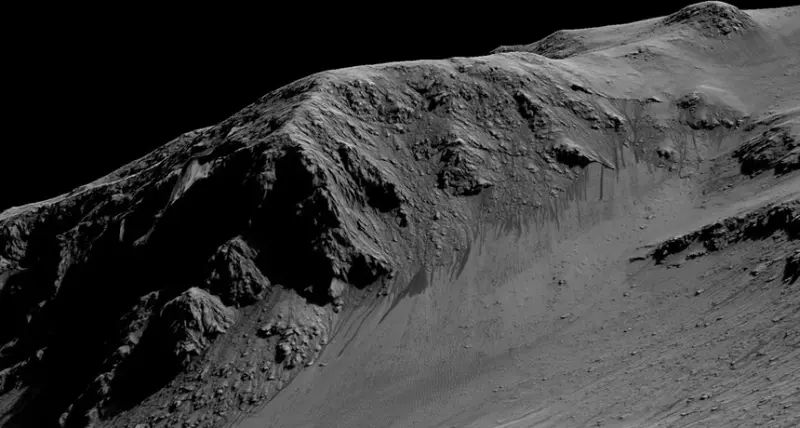 Some signs of water on Mars have just dried up. Due to the way NASA Mars Reconnaissance Orbiter spacecraft data was processed, he could observe signs of hydrated salts, which in fact were not. About this, scientists wrote recently in Geophysical Research Letters. And the absence of these salts may also mean that some places proposed for the search for life on Mars, including the supposed flow of liquid water on the walls of Martian craters, are dry and lifeless.

Research leader Ellen Lisk and her colleagues discovered the problem when they were looking for those perchlorates on Mars maps made by an orbiter using the CRISM tool. Perchlorates can reduce the freezing point of water by 80 degrees Celsius, which is enough to melt ice in a cold Martian climate.

In the sense – there is no water on Mars?
To find out if salts appeared elsewhere on Mars, scientists turned to CRISM chemical maps that show how light reflects off the surface of Mars in hundreds of wavelengths. The spectra obtained allow scientists to identify certain minerals on the surface, based on how these minerals absorb or alter light.

Scientists have discovered a glitch when looking for small signs of salt in the images CRISM. Assuming that the orbiter had already discovered large perchlorate deposits, if they existed, the team wrote an algorithm to search for smaller traces that take less than 10 pixels in CRISM images. And they saw perchlorates literally everywhere, including the Jezero crater, to which the Mars 2020 Mars rover will be sent.

On closer examination, however, Lisk and her colleagues noticed that perchlorates occur in places where there is no geological prerequisite for the formation of salts – and especially along the boundaries between light and dark surfaces. Perhaps the results of MRO research will have to be revised.