Simulations suggest an Earth-sized planet may be hiding behind Neptune 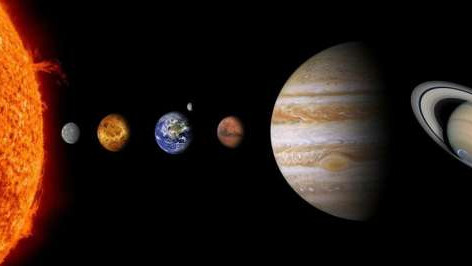 A group of scientists published an article in the Annual Review of Astronomy and Astrophysics, which suggests that a planet the size of Earth or Mars may orbit behind Neptune.

They suggest that modeling the creation of the solar system shows that such a planet could have been pushed out of the outer solar system by gas giants.

As scientists continue to explore the solar system, they are still trying to understand not only how the planets came to be, but why they occupy their current orbits. In this new work, the authors note that modeling the evolution of the solar system is not yet able to explain the current configuration due to a lack of information. And it is suspected that the missing information is associated with a planet that once orbited the Sun in the outer solar system (where the gas giants Jupiter, Saturn, Uranus and Neptune are located), but now exists outside the solar system or even in the deep layers of space.

The authors note that there is some oddity in the current configuration of the planets, consisting of four inner rocky planets, an asteroid belt and four gas giants in the outer solar system. Dwarf planets and comets pass by the giants. Researchers believe something is missing. They argue that it is unlikely that in the course of the natural evolution of our solar system, there would be four gas giants, and then only dwarfs. Logic dictates that there must be planets of different sizes, and their modeling confirms this. Adding another Earth or Mars-sized planet to the outer solar system between the two gas giants provides a more accurate model – at least in the early stages of development. They concluded that if such a planet did exist at the outer edges of the solar system, new telescopes under construction could detect it and thereby confirm their theory.