Small satellites they were launched 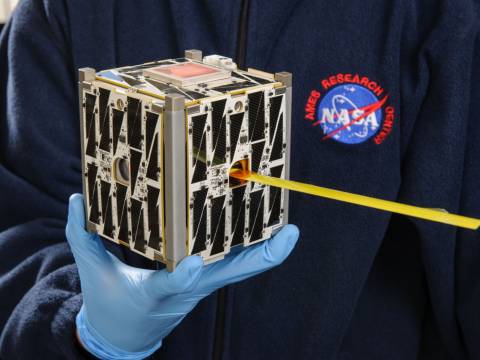 Small satellites – is a term that is applicable to any artificial Earth satellites whose sizes range from washing machines up to boxes that fit on the palm of your hand. The latter were they were launched.

1. Cubsat – dimensional standard micro – and nano-satellites, proposed in the end of the last century in the United States. Because of their small size, the launch of such satellites is often on rockets that are scheduled in orbit other, more bulky spacecraft. This significantly reduces the costs of obtaining a modern satellite with great functionality. Today, the application field of nanosatellites as ever wide – from remote sensing to the cosmic observations.

3. They were launched was developed by researchers from the State University California Polytechnic and Stanford University, who set out to create satellites with a standardized format and which, moreover, would be not only easier to run, but to create. It was assumed that their design, construction and commissioning could involve students.

4. Small satellites are often delivered to the destination on rockets that were designed for other missions. They are run as an additional load to the conventional satellites, using the Poly-PicoSatellite Orbital Deployer (P-POD). One P-POD is large enough to launch three satellites 10х10х10 cm or less of a total size of no more than 3U.

5.The nanosatellites allow us to test new technologies at a much lower cost. Their small size and relatively short time required for design and development, gives the opportunity to test a new sensor or method of observation from space in working conditions without risk to fail.

6. Small size cube-Sats are forcing scientists to look for new ways to solve old problems. To fit a full-fledged research tool in the apparatus the size of a loaf of bread – not an easy task. This means that researchers need to think outside the box. Often they were launched are designed for group work, some groups require a larger satellite to communicate with Earth.

7. The emergence of small satellites does not mean the end for large spacecraft. This is the case when the size matters. The quality of data and service life – only two components that cubitum remains to be improved, if at all possible. On the shoulders of nano-satellites often falls the task to Supplement the data collected by large satellites, and to cover a large portion of the Earth, moving at dangerous for large vehicles orbit. Together large and small artificial devices give us a more comprehensive picture of our changing planet.