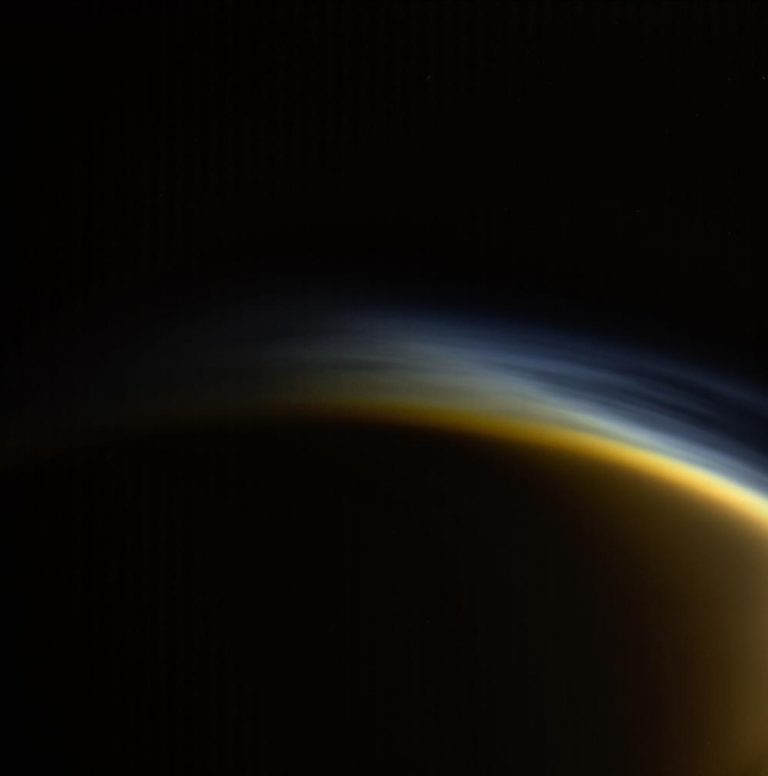 Thanks to the mission of Cassini we saw the natural colors of the atmosphere of Titan.

European researchers who participated in the mission of Cassini, recently published an image of the atmosphere of Titan, the largest satellite of Saturn. This image was taken by a wide-angle camera installed on board an automatic interplanetary station on March 31, 2005. This is an archive photo, which became available to a wide review after lengthy studies.

In the image, you can easily distinguish the different color layers of the Titan atmosphere, which also differ in density. This, of course, is about the upper layer of the Saturnian atmosphere.

The atmosphere of the largest satellite of Saturn shows a very rich and complex chemical composition. The leading role here is played by methane and nitrogen, as well as complex molecules.

The above image has natural colors. It made an image in the visible light range from a distance of approximately 33,083 kilometers from the surface of Titan. Photography captures the northern polar region on the night side of a natural satellite. Part of the sunlit crescent of Titan is visible to the right.