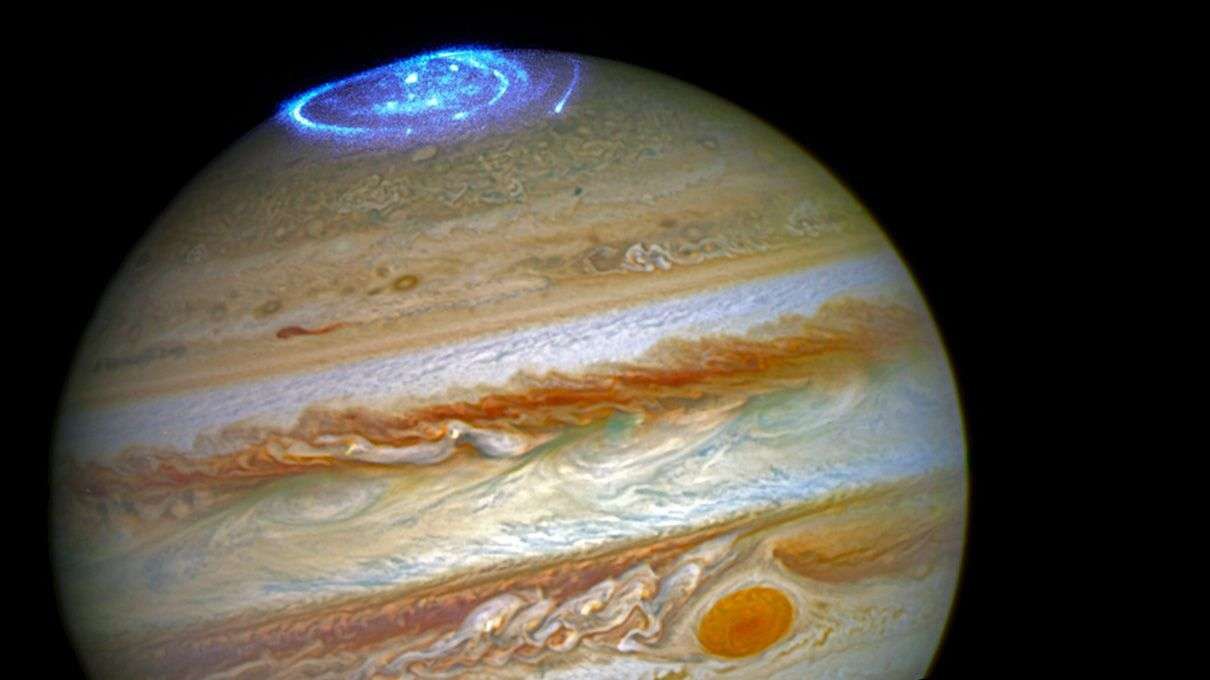 A surprising phenomenon of auroras occurs when electrically charged particles are accelerated along the lines of the planet’s magnetic field and then interact with the upper layers of the atmosphere. The Jupiter moons influence this phenomenon on the gas giant, changing the direction of the flow of charged particles. These massive bodies adorn the planet with unusual shining patterns that previously looked like bright spots left by each of its close companions in the Northern and Southern hemispheres.

“Like Earth, Jupiter has radiance,” says Dr. Alessandro Moore of the Institute of Space Astrophysics and Planetology at the National Institute of Astrophysics in Italy. – These permanent electromagnetic radiation are associated with the precipitation of the magnetospheric plasma in the planet’s ionosphere. In the aurora on Jupiter there are characteristics of radiations that are absent on the Earth, connected with its moons: bright spots appear in the ionosphere, at the base of the magnetic field lines passing by the Galilean moons – Io, Europe and Ganymede. ”

With a careful analysis of new images from Juno, Dr. Moore and his co-authors noticed not one “trace” of Io, but a whole chain of many bright spots almost the size of a satellite at the same distance. An educated pattern is similar to a trace from twisted vortices in both hemispheres, sometimes divided into winged arcs. 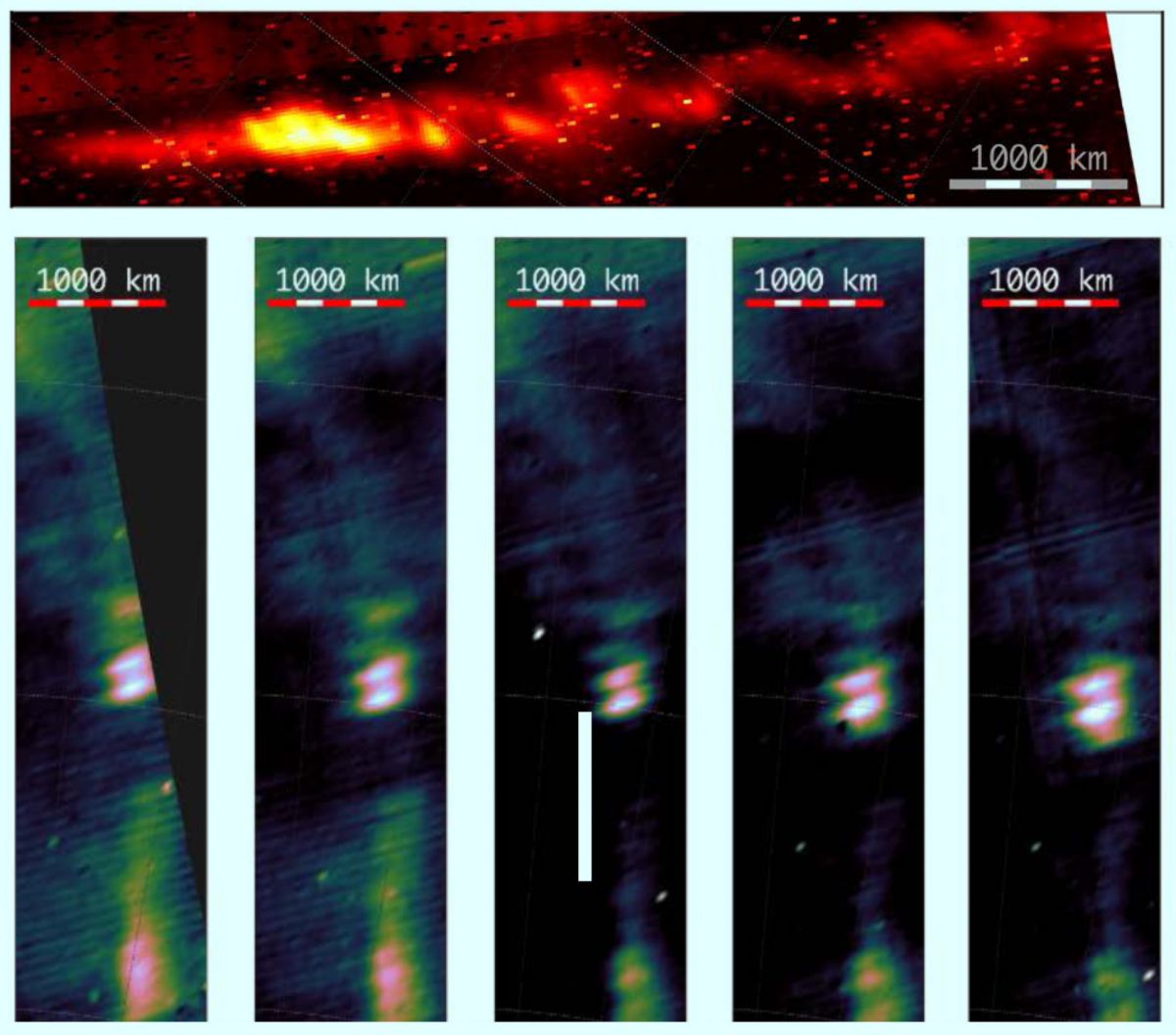 Above: Io’s footprint in the northern lights of Jupiter, observed on September 1, 2017. Bottom: Five consecutive images of Ganymede tracks made by JIRAM on July 11, 2017 in the northern hemisphere / Mura et al

So scientists discovered that Ganymede leaves a double track in the auroras. These characteristics suggest that the magnetic-hydrodynamic interaction between Jupiter and its moon can be more complicated than previously thought.

“Such unusual patterns can be the result of magnetic interactions close to the moons, or interference between giant waves of electrical particles,” the authors of the study reported.