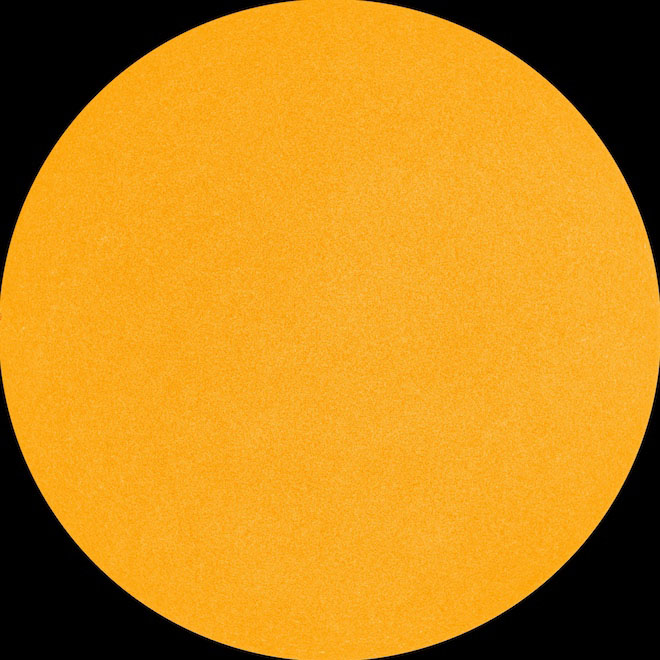 From the beginning of 2017 the Sun was only one small spot for several hours on 3 January. The rest of the time the solar disk was “clean” and remains so until now.

Sunspots are areas of strong magnetic fields in the photosphere of the Sun. On the solar disk they appear as dark spots. Their temperature is about 1500 K lower than other areas of the photosphere.

Last time a similar series of “spotless” days happened almost 7 years ago, in may 2010, before the previous deep solar minimum. The number of sunspots increases and decreases with a period of ~ 11 years, slowly oscillating between high and low. In 2017, the pendulum will swing in the direction of the minimum. For comparison: in 2017, the spots on the Sun was already 10 days, 2016 — 32 (all year), 2015 in — 0.

What is the 11-year cycle of activity?

The eleven-year cycle, also called the Schwabe cycle or the cycle of Schwabe-wolf — it shows pronounced solar cycle that lasts approximately 11 years. It is characterized by fairly quick (about 4 years) increase in the number of sunspots, and then slower (about 7 years), its decreasing. The cycle length is not strictly equal to 11 years: in the XVIII–XX centuries its length was 7 to 17 years, and in the XX century — about 10.5 years.

What is the wolf number?

Wolf number is a measure of solar activity proposed by the Swiss astronomer Rudolf wolf. He is not equal to the number of spots observed at the moment in the Sun, and calculated by the formula:

f — number of the observed spots