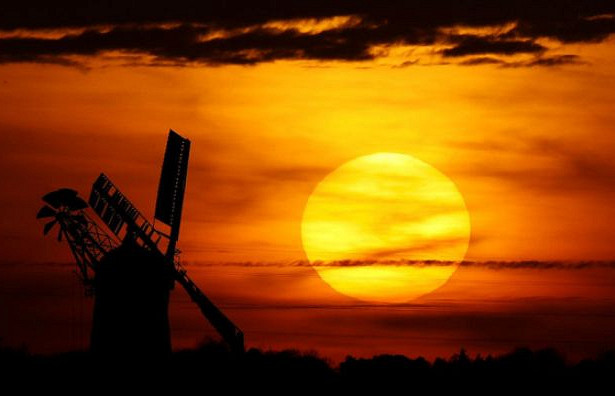 Solar activity in the summer of 2018 fell to zero, and even large groups of spots appearing on the solar disk are no longer capable of producing flares, Russian scientists state.

This is further confirmed by the current observations of one of the largest active regions of this year, the appearance of which on the visible side of the solar disk has not yet led to even a slight increase in the flux of solar radiation.

“The state of the Sun now corresponds to what is expected and changes in full accordance with the models of the 11-year cycle, in particular, all the magnetic solar fields are currently concentrated near the equator, and here, near the zero solar latitude, all active regions appear from time to time. At the time of the release of the sun from hibernation, new magnetic fields should begin to form at much higher latitudes, about 30-40 degrees, which will be easy to detect. “While there are no signs of such an evolution, experts of the Laboratory of X-ray Astronomy of the Sun of the Lebedev Physical Institute of the Russian Academy of Sciences (FIAN) note.

Despite the large size and impressive appearance, now passing through the disk of the Sun area, it seems, will not justify its name, experts say.

“The reason is in the extremely simple structure of the magnetic field, which simply does not contain the possibilities for flare energy release.The second factor is the relatively weak magnitude of the magnetic field, whose energy is not sufficient for noticeable flashes.If none of this changes, then our next attempt, then wake up and parrot the nearest planetary environment with the threat of major outbreaks, again fail, “- scientists explain.

According to experts, no flash resources of the Sun, now passing through the 11-year minimum, completely gone and in the current summer our star is an ideal object, giving exceptionally warmth and light without any threats.