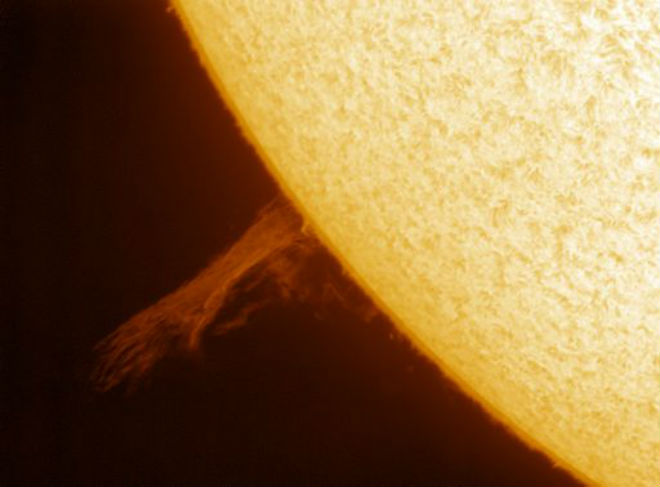 Just a few weeks ago it seemed that the Sun would be quiet and faceless when the Moon eclipsed it on August 21. However, this weekend the Sun welcomes an eclipse with renewed activity. “When the Moon approaches the Sun, our nearest star extends a friendly hand to her,” says astronomer Dave Eagle.

On the eastern edge of the sun there is a huge “dancing” prominence. And this is only the beginning. In addition, an amazingly long group of spots is stretched through the solar disk. AR2671 extends to 140,000 miles, which is almost twice as wide as the planet Jupiter. Perhaps, this spot will explode, since it has a magnetic field of “beta-gamma”, which feeds energy for solar flares of the M-class.