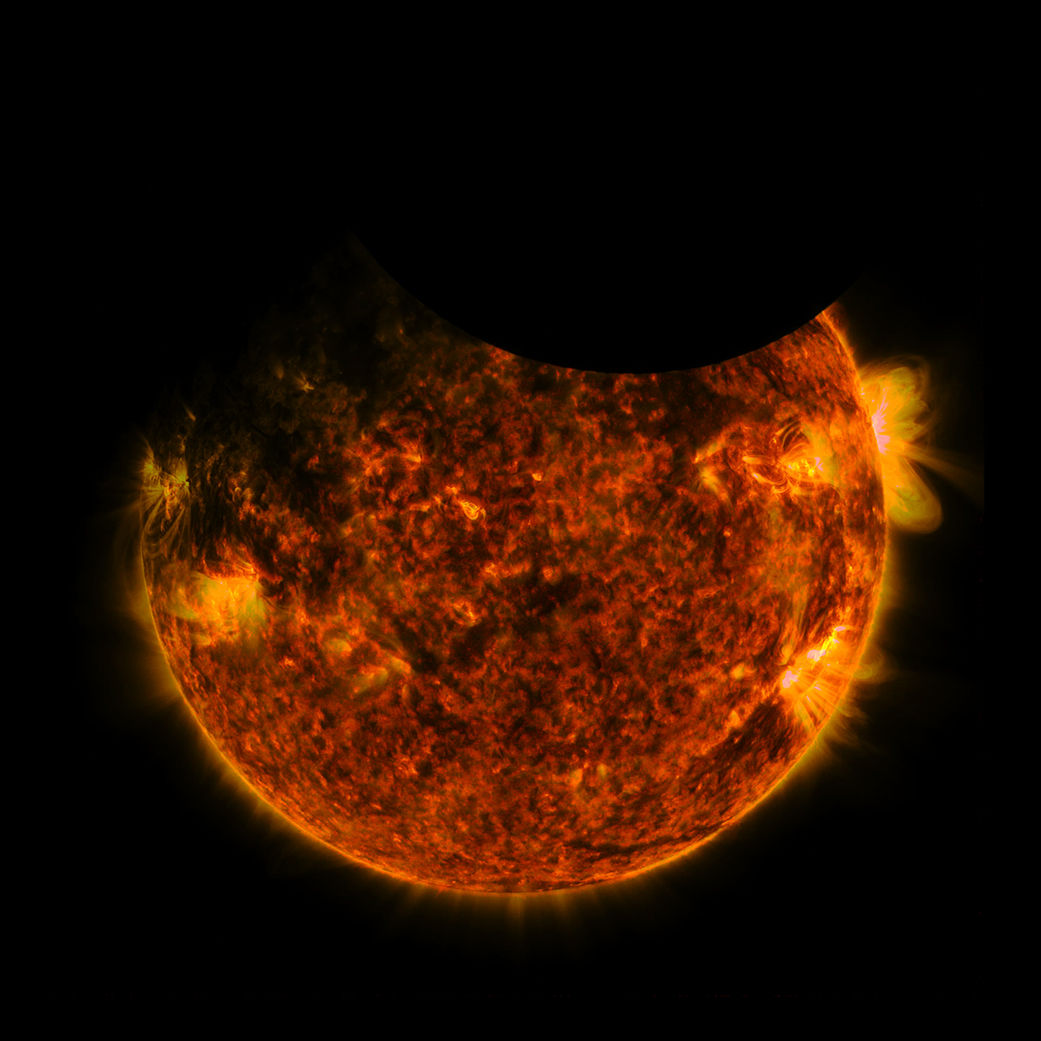 On 1 September the Ground is completely covered with a disk of the sun for observations with the SDO Observatory just at the time when the Moon began to pass in front of the Sun. The end of the Eclipse of the Sun to the Earth Observatory SDO coincided with the last stages of the transit of the moon over the solar disk.

In this video, which appeared on the NASA website, it’s easy to distinguish the Earth from the Sun at the characteristic shadows: the shadow of the Earth is very blurred, while the shadow cast by the Moon, has a clear outline. This is because the atmosphere of our planet absorbs a substantial amount of sunlight, while the Moon has no atmosphere, can cause these effects, so its shadow has a sharper edge.

Due to this configuration of the Earth, moon and Sun, the Eclipse of our sun was also observed from the surface of our planet, from South Africa. This Eclipse were in the nature of an annular Eclipse different from a total solar Eclipse only by the fact that the Sun is eclipsed, the Moon is more distant from Earth than usual, the point in its orbit and therefore overshadows not the whole disk of the Sun, but only its inner part. Observe the dark disk of the moon in this case, the frames a bright ring of fire.