Solar eclipse with the eyes of the satellite Proba-2 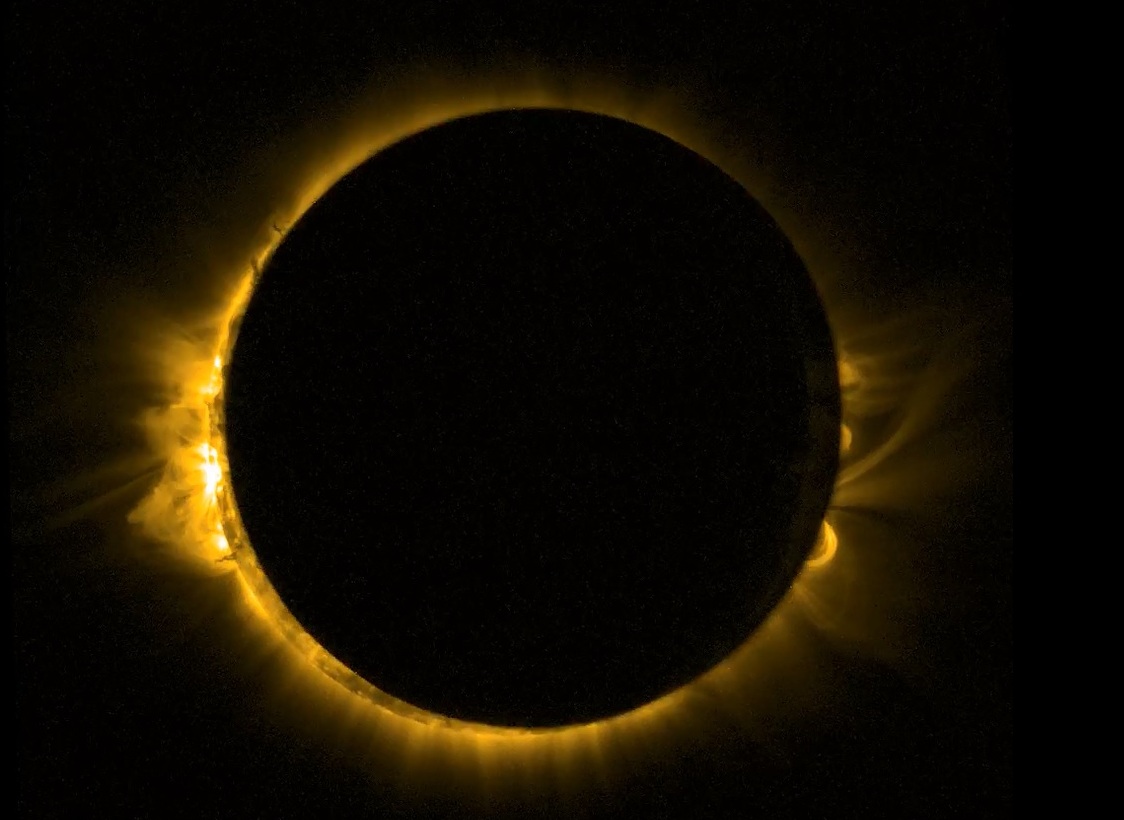 Less than a week, many North Americans can enjoy a total solar eclipse. This event will be monitored not only by ground observers, but also by many spacecraft. Among them is ESA-owned satellite Proba-2, which studies the Sun in the extreme ultraviolet range. The following video allows you to imagine how the Proba-2 will see an eclipse on August 21. It is collected from the frames made by the companion on February 26 this year. On that day, the inhabitants of South America and Africa could observe the annular solar eclipse.

Proba 2 moves along the sun-synchronous orbit, per day making 14.5 revolutions around the Earth. During the eclipse on February 26, the apparatus passed through the lunar shadow three times and thus three times recorded the passage of the moon along the disk of the Sun. Since during each turn the satellite flew over new sections of the earth’s surface, its viewing angle also changed.