Solar eclipses will teach how to switch to clean energy 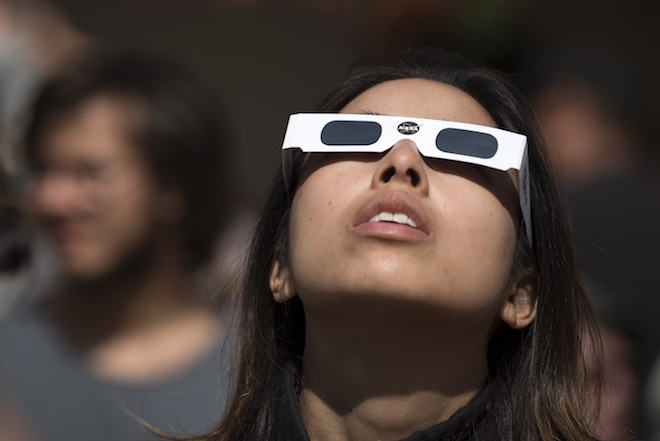 The total solar eclipse that took place in the US last week was not just an amazing heavenly spectacle. It also provided an important lesson on how to manage electrical grids when the key generating energy source – in this case solar power – is temporarily unavailable.

The last time a total solar eclipse in the US occurred in 1979, when the country was in the midst of an energy crisis and struggled with rising oil prices. In response, President Jimmy Carter implemented a concerted transition to greater energy independence, using alternative energy sources, including solar energy.

In 2017, almost the whole world is involved in the transformation of the electric power industry, and eclipses can help us in the successful transition to renewable sources. Although the August 21 eclipse did not cause significant disruptions in the US electricity network, it allowed system operators to better understand how to act in the event of interruptions in the future.

Despite the sharp decline and rebound in the production of solar energy during the eclipse, operators were able to avoid a hitch in the work. Such situations remind us of the importance of having stable and reliable power supply systems with sufficient reserve capacity.

Solar installations for two and a half hours, while the eclipse continued, worked half the capacity. The lack of energy was temporarily replenished by gas power stations and hydropower. When the lunar shadow left the Sun, there was a sharp jump, almost three times higher than the average rate of capacity expansion. 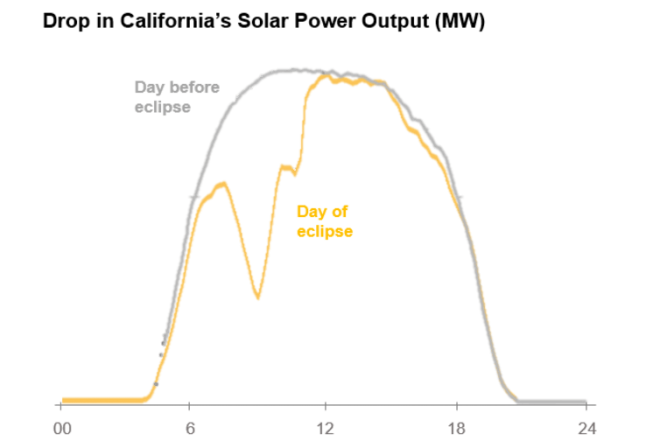 California was particularly difficult because of the relatively high level of renewable energy. Last year, 10% of the state’s electricity fell to solar photovoltaic (PV).

All this underscores the importance of innovation in the field of technology and data analytics, which ensure the smooth operation of power grids, as the share of renewable energy sources is growing.

According to the Australian Clean Energy Council, renewable sources in the country provided 17% of electricity production in 2016. On a world scale, this looks rather modest. But this figure does not reflect the growing influence of PV systems, which slowly but surely reduce dependence on traditional sources.

In South Australia, the recently completed Aurora Solar Energy Project with a capacity of 150 MW, designed to support power during peak periods and during interruptions caused by weather conditions such as clouds and eclipses. The principle of its operation is based on the preservation of solar energy in reservoirs of molten salts.

Another example of new technologies in the field of clean energy is the celestial chamber, which was tested in Carnarvon (Western Australia). The device will monitor weather conditions and predict cloud cover to ensure stable operation of the power grid.