Solar gravitational lens will help to examine exoplanets in detail. 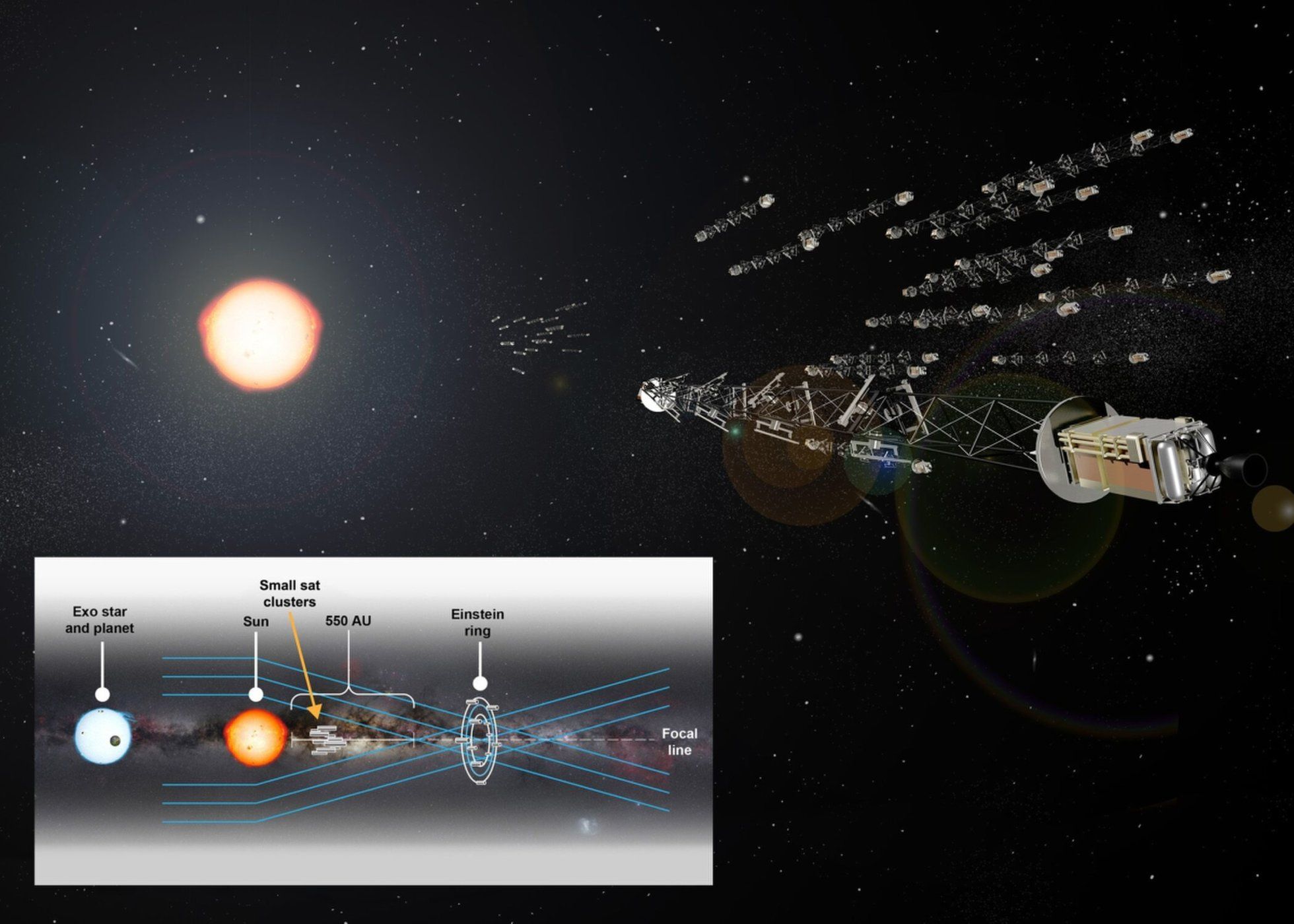 Researchers at NASA’s Jet Propulsion Laboratory and the Aerospace Corporation are exploring an innovative concept for observing exoplanets. It is based on the solar gravity lens (SGL).

The gravitational lens, created by the Sun, will provide a 100 billion signal enhancement, which, in turn, will allow you to see parts up to 10 kilometers across. Members of the research team argue that this is the same as looking at something like the size of New York on an exoplanet.

As noted in the press release of the Aerospace Corporation, according to Einstein’s Theory of Relativity, light traveling through space will be bent when passing along with fairly massive objects. This means that light coming from afar will bend around the solar disk and eventually converge in the focal area as if it passes through the lens. 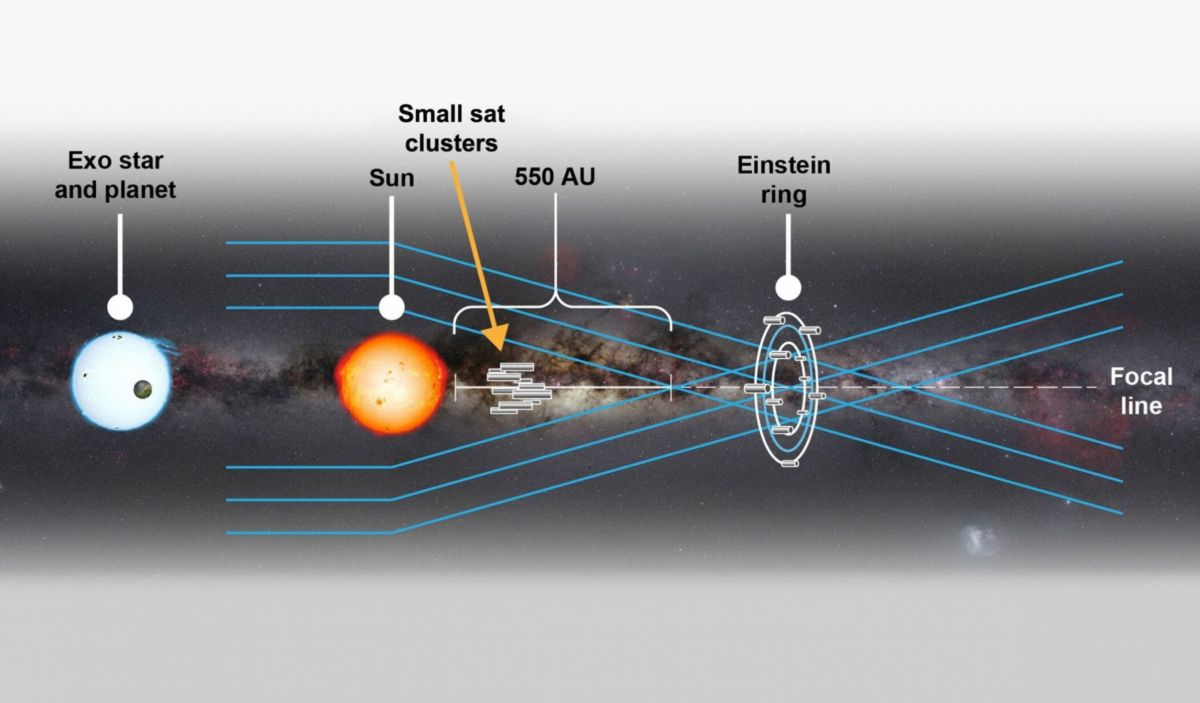 SGL concept as interpreted by the artist / © The Aerospace Corporation

“The solar gravitational lens requires a network of sensors that will observe light from exoplanets as soon as they reach a distance of approximately 50 billion miles — or 550 astronomical units (AU) from Earth,” says one co-author of the study, Tom Heinscheimer. “To reach this solar gravity line, a swarm of spacecraft will have to use solar sails to fly out of the solar system at a speed of more than 75 miles per second (more than 120 kilometers per second. – Auth.).”

Navigation and acceleration technologies should hold spacecraft sensors on a 1.6-kilometer-wide line, which contains light from an exoplanet. Feedback of six light-days would be impractical, so spacecraft must be adaptable and capable of learning.

To conduct a two-year study of SGL Aerospace Corporation received 130 thousand dollars during the second phase of the program NASA Innovative Advanced Concepts (NIAC) under a contract with the Jet Propulsion Laboratory.