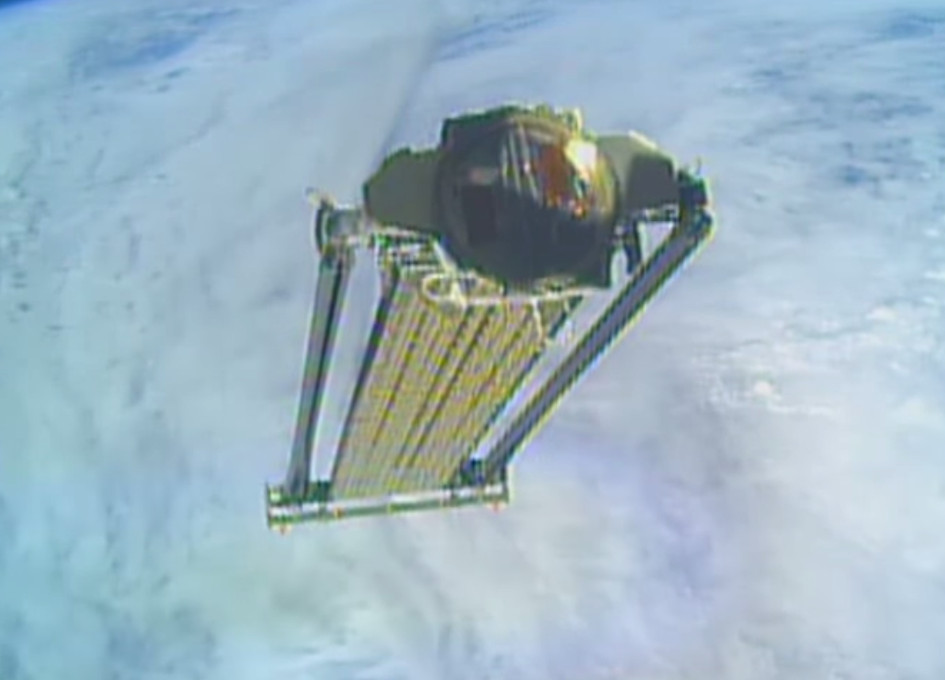 The power of modern satellites is provided by relatively bulky solar panels: they are deployed after being put into orbit by mechanical hinges. This design further limits the carrying capacity of launch vehicles and the capacity of their head fairing. In 2016, as an alternative, NASA developed a miniature solar panel Roll-Out Solar Array (ROSA). It was created within the framework of the project Solar Electric Propulsion (SEP) on the combination of photocells with an ionic engine. Earlier, the agency tested the technology in ground vacuum chambers, and in June ROSA was delivered by Dragon’s ship to the International Space Station (ISS).

The experimental panel was installed on the Canadarm2 service system and moved to the working position on June 18. The device tests continued for a week: during this time, the team of the Office for the Development of Space Technology (STMD) evaluated its resistance to temperature changes, microgravity, mechanical stress and energy efficiency. In particular, engineers were interested in the effect of the torque of the station on the photocells ROSA. Upon completion of the tests, the panel was planned to be rolled up, dismantled and placed in the Dragon for joint disposal in dense layers of the atmosphere. However, the dismantling of the construction was unsuccessful.

As a result, NASA decided to disconnect and drop ROSA into space. The results of the tests and the fate of the sample are not reported. It is known that the device does not threaten spacecraft and the ISS. Probably, for some time it will remain in space and with the decrease of the orbit will burn. When folded, ROSA is a scroll on two flat composite guides. Under the influence of sunlight, they restore the shape in the form of tubes and unfold the structure. Thus, to start working, the design does not require an external drive, in addition, it is 20 percentage points lighter and four times smaller than traditional analogues.

The mass of the experimental solar panel is 325 kilograms. In addition to reducing the cost of organizing missions, the development is expected to increase the capacity of spacecraft. So, the design provides for scaling: in the future, panels based on ROSA can be used for flights to the Moon or Mars. In addition, the technology can be used in the production of more compact solar cells for domestic and industrial use. It is worth noting that the panel was delivered to the ISS using an airtight capsule that was used in the CRS-4 space mission in 2014. The launch of the payload was carried out by SpaceX.

About the detachment of ROSA reported in the video of the Space Center named after Lyndon Johnson.

In the spring of 2016, NASA encountered problems when deploying the experimental residential module BEAM on the ISS. It was possible to translate it into working position on the second attempt.

A video of the detachment of ROSA / © NASA