Solar probe “Parker” went into second orbit around the sun

The solar researcher Parker, created by NASA, became a champion at the very beginning of his mission when he took the title of the fastest spacecraft in history, taking it away from the extremely successful New Horizons probe. And a few weeks later he went down in history, flying through the solar corona and transferring the data back. The other day, NASA reported that Parker completed a full orbit around the Sun and goes into the second round.

The Parker probe explores the Sun

Parker entered full operational status on January 1 with all systems operating normally. And he began to transfer a bunch of data through the Deep Space network – NASA says that more than 17 gigabytes has been collected so far. Parker collected so much data that it would take several more months to get it back. Data transfer from the first orbit should be completed right by the time when Parker dives again into the solar corona. 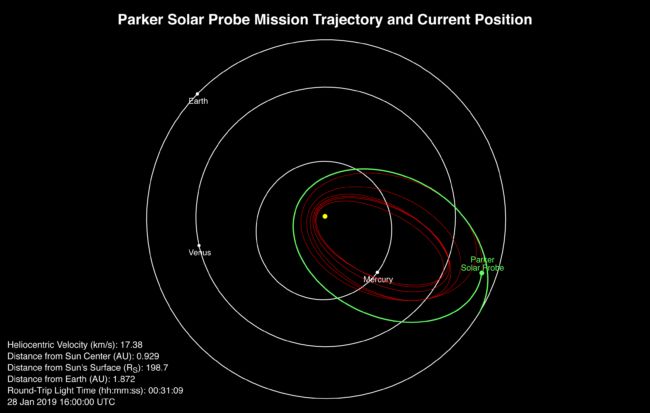 In preparation for the upcoming solar aisle, NASA is actively cleaning the space on the internal solid-state drives of the probe. When data is transmitted to Earth, the corresponding files are deleted on Parker. The spacecraft also receives new navigation information, which NASA transmits once a month.

NASA claims it expects Parker to reach perihelion (closest to the Sun is closest) on April 4. This will be the second of 24 planned orbits that promise to improve our understanding of the Sun. The Parker mission has been under development for many years. NASA has long wanted to explore the solar corona, but until recently, probe protection technologies were beyond our capabilities. You might think that the surface of the Sun will be hotter than the space around it, but it is not. The corona of ionized plasma surrounding the sun has a temperature of about a million kelvins, 300 times hotter than the surface.

Parker is equipped with a 4.5-inch carbon composite foam heat shield, sandwiched between two sheets of carbon fiber. NASA was not sure how well it would work until Parker was inside the crown, but now the agency believes that it would be difficult for Parker to go through all 24 orbits without turning into a ball of molten metal.