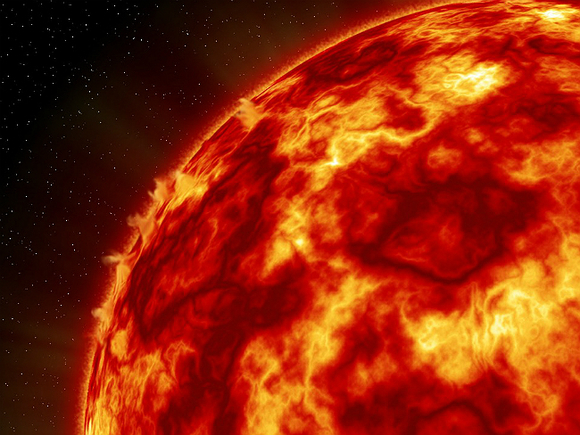 Solar storms, or coronal emissions, threaten magnetic field of Earth. So, one of emissions in 2015 has weakened it. Thus sunlight has reached the atmosphere, have declared from Research laboratory of Naval Forces of the USA in Washington (the District of Columbia, the USA).

Speed of emission has made about 1300 kilometers per second. When solar wind has reached the atmosphere of Earth, on the planet the 4 points geomagnetic storm on a five-point scale has been registered, Science tells.

One of kinds of such emission is the magnetic cloud. When emission reaches Earth, it can exert strong impact on her magnetosphere and cause such phenomena as magnetic storms, violations in operation of electric equipment and deterioration in conditions of distribution of radio waves.

Besides, during powerful solar storms Earth remains without protection against power particles from space. The last can damage DNA and even to bring to incurable a disease at the person.