Some circumsolar comets can become asteroids 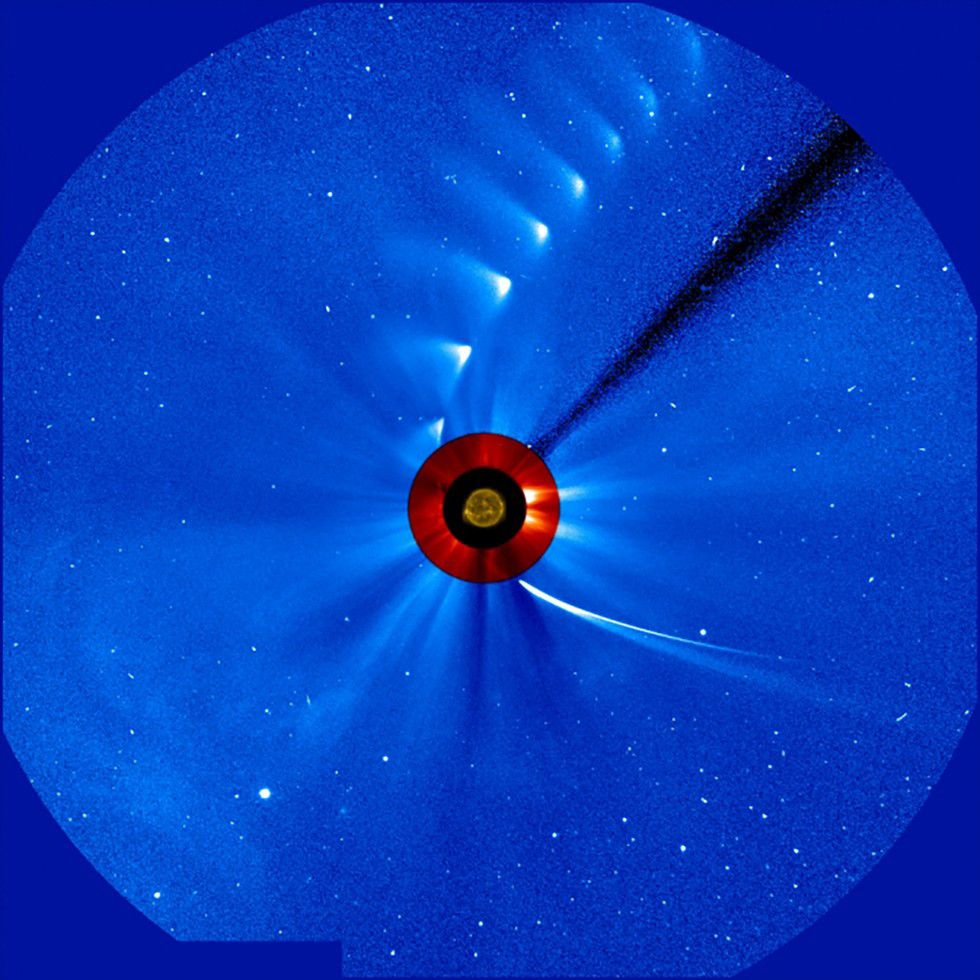 Recently completed a historical mission to the comet 67P/Churyumov-Gerasimenko, which the spacecraft Rosetta has been in orbit around the space a guest for about 18 months, sending to Earth the images and information about her condition.

Now, this mission is already over, but another mission called the Solar and Heliospheric Observatory (SOHO) continues observation of comets passing close to the Sun. Over the last 20 years with this space Observatory was opened more than 3000 objects of this type.

However, a small part of these comets may be in fact not a comet. Thus, the object called 322P/SOHO 1 shows properties and connects him rather with asteroids than comets. These and other properties of the circumsolar objects are described in the new research, conducted by a team of researchers headed by Karl Batteson (Karl Battams), an astrophysicist at the Research lab of the US Navy, located in Washington, DC.

Some 86 per cent of objects observed with the SOHO Observatory, are really comets. They belong to the famous Kreutz family of comets. The remaining 14 percent of the solar objects belong to other groups, known as the family of the Meyer, Marsden, and Kracht Kracht II – a also included among the objects that do not fit in any of these classification groups. According to Battams and his team most of these remaining circumsolar objects may represent the cores of comets or perhaps asteroids, get close to the Sun.