Something incredible happens to the comet PansTARRS 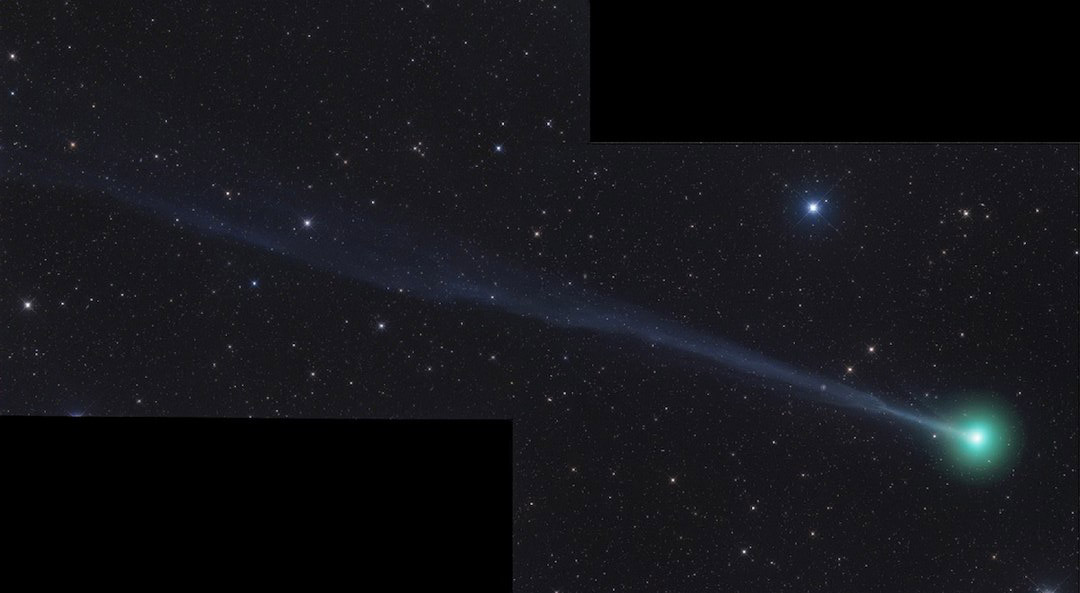 Something incredible is happening with the comet PanSTARRS (C / 2015 ER61). On April 4 and 5, its brightness increased from +8.5 to +6.5, suddenly reaching the limit of visibility with the naked eye, despite the impressive distance from our planet – 180 million kilometers.

Astronomers-lovers hasten to capture the space megavost. Gerald Remann made this photo from the Tivoli Observatory in Namibia. “Its length is about 2.5 degrees,” says Remann. This means that it covers more than 8 million kilometers.

For comparison: all the Sun in diameter is 1.4 million kilometers in diameter – that is, you can almost almost double the tail around the solar equator. Another way to estimate the sweep of the comet tail is to imagine that the distance from the Earth to the Moon is only 5% of the length of the PanSTARRS gas strip.

The outbreak of a comet is probably caused by a fresh streak of ice material in its core, which has been exposed to solar radiation. Furiously evaporating, the nucleus of the comet ejects jets of dust and gas into space, increasing its tail.

This process should be activated as the comet approaches the Sun before the beginning of May. On April 19, the comet will approach the Earth at a minimum distance of 176 million kilometers and will be perfectly visible in home telescopes if the current trend continues.