Space bases ruins of an ancient civilization on the Moon 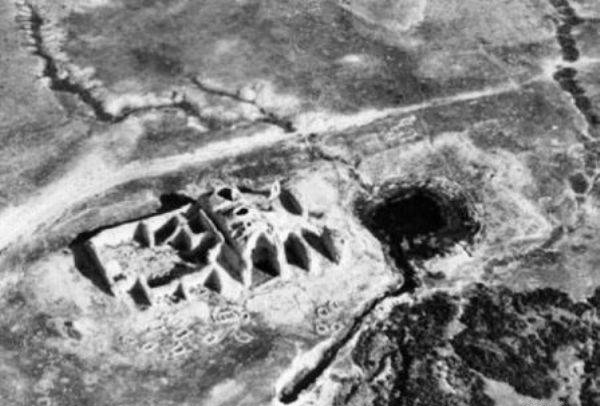 Recently I published an article in which he posted pictures of the ruins of an alien base on the moon which are clearly visible ruins of columns – hex, various devices and bas-relief inscriptions on the ruins of the walls. Especially notable is the inscription – N:4, found and a Roman number IV from which it can be concluded that the ruins near the crater Giordano Bruno belong to the ancient lunar basis of the number 4.

Maybe this moon base, used to look something like the first photo at the beginning of this article. I’m not saying that it is genuine and whether it was made by the Chinese. This is just an example structure, reconstruction. how could look this moon base.

I’m not the first to publish the results of research in the area of the moon based on photos of the mission LROC, but are constantly faced with the strange phenomenon, the vast majority of people simply can not see the photos nor the wreckage of the walls or hexagonal columns nor inscriptions. They don’t really see anything. But for me personally, these inscriptions, columns, and other artifacts of artificial origin are clearly visible and their presence is obvious. What is strange is the blindness of others, the lack of readiness of consciousness to the perception of shocking information, or is this some kind of brain lock, I don’t know.

Once again, I’m trying to convey to people the fact that on the surface of the moon in the past, there was a base of unknown origin. Or rather, judging by the enormous size of these structures and various artifacts based on the fact that the original photo taken from a satellite flying in the orbit of the moon is 100 meters per pixel that is approximately equal to the mm of the original – the building was gigantic in size and build a modern civilization simply can not. And the fact that the Moon is exposed to cosmic bombardment, the purpose of which was the destruction of the lunar bases of an unknown civilization, these events occurred before our modern culture.

I’m not going to go into hypotheses about what the giants have built a base on the moon and who was stronger than them and could destroy them. such hypotheses, legends from ancient sources, you can find enough that would draw the appropriate conclusions. I can only once again, please see pictures and video, so you could see what I see.