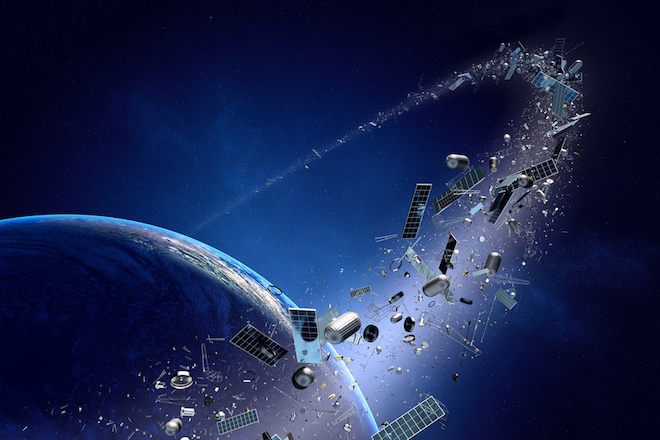 The growing amount of space debris flying around the Earth at high speed threatens catastrophic collisions with satellites that will lead to enormous economic losses. Scientists recalled this problem on Wednesday, on the eve of the summit, to coordinate efforts to remove debris.

It is estimated that about 170 million units of so-called “space debris” are in orbit along with an infrastructure worth $ 700 billion. Only 22 thousand are tracked. The debris left after missions can be large, such as spent rocket stages, or small, like flakes of paint. Given the speed of moving fragments (over 27,000 km / h), even tiny particles can seriously damage satellites.

“The problem of space debris is deteriorating every year. Now, because of the collision, we lose 3-4 satellites a year. According to NASA estimates, we are close to losing them all within 5-10 years, “Ben Green, the head of the Australian Center for Space Environment Research, who is conducting a two-day scientific conference in Canberra, told AFP.

In his statement Greene added that “a catastrophic stream of collisions that could quickly destroy all orbital satellites is now possible”, noting that an increase in the number of collisions will increase the amount of debris.

In a society heavily dependent on satellites used for communication and navigation, and in key sectors such as transport, finance and energy, a growing space dump may threaten the economy.

“The Australian economy is completely dependent on space,” Green said. “We are a big country, and the only way we can serve it, be it surveillance, security or search and rescue operations, is to resort to space technology.”

Reducing barriers in the construction of space vehicles has made it easier for companies to produce their own facilities, said space debris expert Moriba Jah of the University of Texas. “I believe that we are on the road to a universal tragedy,” he told the Australian Broadcasting Corporation, adding that a major clash is “inevitable” unless steps are taken to address this problem.

“Imagine that you are driving along the road when there is a thick fog around, and you must move very slowly, because you do not know what surrounds you. This is an ideal analogy with the cosmos right now. ”

According to Green, scientists are developing technologies that will function in 18 months and will allow tracking all debris so that the spacecraft can bypass them. Another idea is powerful terrestrial lasers that could be launched into space to “move” debris a little.

An experimental Japanese mission using an electrodynamic “cable” to slow down orbital debris and transfer it to a lower orbit in February ended in failure.