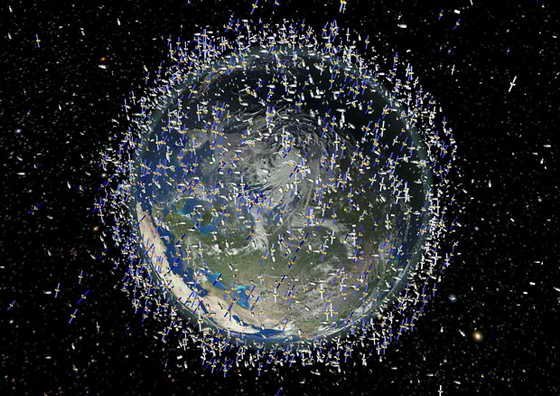 Over the past six decades, the era of space exploration, in Earth orbit has accumulated a huge amount of space debris. Estimated to NASA in the area of our planet is more than 500000 pieces that can pose a threat to the International space station and orbiting satellites. Today, scientists propose a non-trivial solution to the problem of space debris is to haul the trash to Mars.

Is not necessary, however, to think that towing the space debris to Mars puts the main objective to deliver near-earth space from dangerous fragments, as the main idea of the new initiatives promoted by the company Firefly Space Systems, is to re-use electronic components and even “nuts and bolts” taken from the failed satellites, which proposed to tow to Mars using spacecraft with propulsion systems on solar energy.

The main advantage of this method of delivery of the equipment to Mars, the authors of the project called the cost reduction of these components due to the lack of having to launch them from Earth into space.

Currently the main problem facing the company Firefly Space Systems is the lack of funding from the state. The deposits of private investors in the project is estimated at 33 million USD, while to launch its first rocket called Firefly Alpha, a company needs to collect about USD 100 million.