Space is open to business. What will happen next? 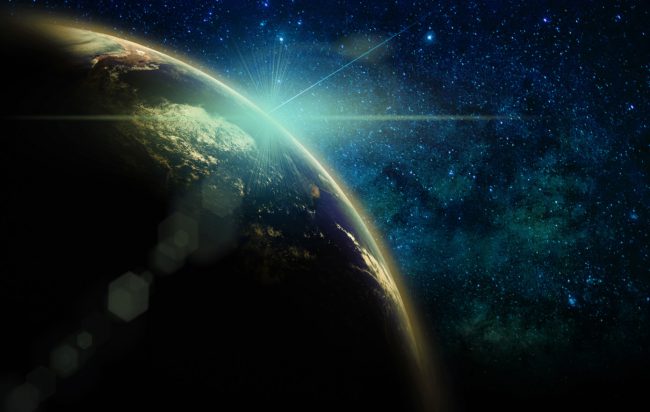 For 50 years, space exploration has progressed at a pace that the Apollo era technology has tried to turn into large, sturdy satellites parked over geostationary orbit earth users. Exotic spare parts ready to be sent into space, armed protection and multi-layer fault tolerance swelled into multibillion-dollar systems that should function for 40 years or more. Only huge organizations with thousands of aerospace engineers could participate in this movement.

But at the turn of the century it became clear that the geostationary orbit would not look like a parking lot near the stadium where the World Cup is held. The Internet literally bankrupted the commercial space industry, whose expensive and old satellites could no longer compete with ground-based media. And when the financial crisis shocked the global economy ten years ago, limiting the state budgets, at the expense of which space exploration is carried out, the termination of the advanced programs of NASA was like a funeral bell for the colonization of space.

The space community was depressed; no one expected an imminent explosion of a new entrepreneurial ecosystem that now offers unprecedented opportunities in space and eliminates barriers to extraterrestrial commerce. The prospect of colonization of the Moon, Mars and other planets now seems probable and realizable.
What happens to space exploration

The colonization of space began in 1957, together with the launch of Sputnik, followed by the monumental program of Apollo. Both Sputnik and Apollo were assembled and planned from the ground up: rocket engines, space vehicles, software, spacesuits, ground stations, flight control centers and the like.

Such a monolithic approach dominated in space for decades. But recently everything has changed. In 2010, Brooklyn Luke Heisbühler and his son Max presented a new model of space exploration by launching a weather probe from the iPhone to a height of 30 kilometers above the surface of the Earth to make beautiful images of space, as expensive satellites do. A cheerful family experiment required the availability of an inexpensive phone, the components of which are about the same as the main components of commercial satellites.

Meanwhile, students at the University of California and Stanford took the same components of a cell phone to assemble “Cubes” (CubeSats) – cubes 10x10x10 cm, designed for scientific experiments in low Earth orbit (LEO). This is where regular satellites turn out in five years because of the resistance of atmospheric particles. They also do not need protection from radiation. Conventional modules for self-made coussat can be ordered online.

Like the DARPA engineers coding for the first Internet protocol, these students did not appreciate the impact of their invention. Kubsats have led to the realization that true scalability is a task that is not feasible for large satellites, but for small ones. Finally, the five accumulated decades of Moore’s law turned the space industry upside down.

Startups with funding like Planet Labs and Skybox (they teamed up) have developed whole constellations of microsatellites in order to capture the Earth much faster than huge and slow satellites. Other businesses like SpaceX and OneWeb are deploying huge networks of satellites to entangle the Earth with the Internet and IoT-communications.

Silicon Valley teams that create all these constellations naturally focus on software-oriented projects with conventional equipment, which will allow satellite operators to quickly launch new applications, like on our smartphones. The largest constellation CubeSat general purpose – about 60 “Lemurs” managed by Spire Global – is already watching ships, planes and weather.

The new installation is that space is best colonized by the forces of small, inexpensive and fast computers that will be assisted by engineering teams. Hundreds of startups today use this opportunity to save hundreds of times more money on microsatellites than to build a large one.

The revolution of microsatellites requires a new ecosystem that will support the operators of these constellations. The most important and difficult stage is, of course, launching, because all mature missile programs were designed long ago to carry huge and expensive valuable cargoes to a geosynchronous orbit (altitude of 36,000 km), and the flight was planned for 5-10 years. New players like Virgin Orbit and Rocket Lab promise cheaper and frequent transportation to the DOE (altitude less than 2000 km).

It is microsatellite operators that organize this new turn, creating value for people on Earth. Among them are companies that will engage in the extraction of valuable resources from outside the Earth, the agricultural business, drug manufacturers, Internet providers, weather forecasters, companies tracking the movements of ships, and others. The smaller the cube, the farther into space.

In other words, space is open to business. This is how humanity colonizes the Moon’s neighborhood, the Moon, asteroids, Mars and other objects – with the help of the cornucopia of a distributed, commercial ecosystem that is infinitely more powerful than any single company or state.