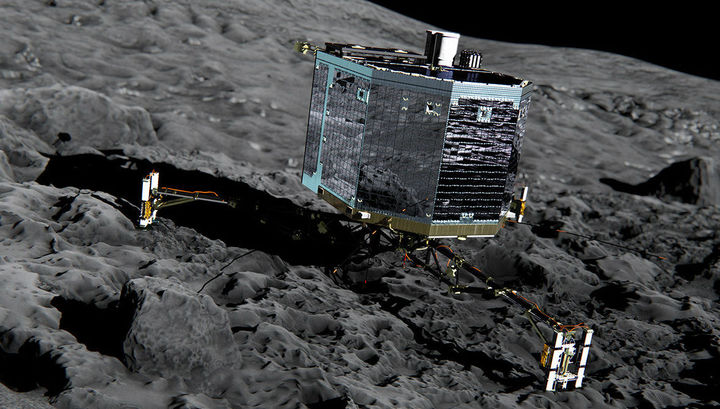 The lander Philae mission Rosetta of the European space Agency made history in November 2014, when the spacecraft landed on the comet 67P/Churyumov-Gerasimenko. He paused in July 2015, but the scientists still had hope again “revive” the machine. Now, however, all attempts will be terminated and Philae will soon not be able to send messages to Earth, even if “wants”.

Today, July 27, 2016, the communication unit on the Rosetta probe, receiving signals from the Philae lander will be permanently disabled.

“The time has come to say goodbye. Tomorrow block Rosetta to contact me, will be disabled forever,” according to a post from July 26 on the official page of Philae on Twitter.

Recall that after a failed landing module on the surface of the comet in the fall of 2014, the specialists for half a year, tried to reconnect with him. But their attempts have not crowned success.

As the experts of the German Space center (DLR), the last in less than a session with the probe held on 9 July 2015.

The failure of European researchers to the role played by several factors: first, the landing took place with a deviation from the path. The module was in the shade, which hindered the recharging of solar batteries that are equipped on the machine. After three days, the module has exhausted the reserves of energy and went to sleep, since researchers have problems with communication with him.

Besides, he said, and certain defects in the system.

Scientists say that, despite his short career, Philae still managed in less than a minute to describe my last refuge. Thus, it was found that on the surface of the comet’s water ice is present.

In addition, on the comet 67P/Churyumov-Gerasimenko found and active oxygen.