Space radiation is an obstacle to the flight to Mars 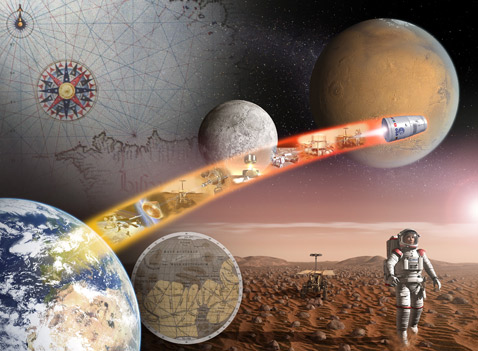 Charged particles have tiny dimensions, and yet they can have a powerful effect on astronauts. The NASA Human Research Program (HRP) is aimed at studying these particles in order to solve one of the biggest problems that arise when preparing a manned expedition to Mars – the problem of the negative impact of cosmic radiation on the human body.

Cosmic radiation is significantly different from radiation that can threaten a person on Earth – X-rays, the dose of which we can get, for example, in the dentist’s office. X-rays are well protected by a lead blanket, but cosmic radiation is characterized by the fact that particles of cosmic rays have much higher energy than X-rays, and when bombarding the nuclei of atoms in the lead layer, such high-energy particles cause cascades of secondary particles known as secondary radiation. The joint action of primary and secondary cosmic radiation on the astronauts’ organism can lead to even more severe consequences, compared with the impact of only primary radiation, NASA experts say. Therefore, the use of thick lead plates can not guarantee the safety of astronauts during long space travel.

As part of the preparation of the manned expedition to Mars, the US space agency will continue to use, develop and improve technologies to protect astronauts from cosmic radiation.

Such a nice blog.

I have read an amazing article here.

write essay for me http://sertyumnt.com/

I don�t even know how I ended up here, but I thought this post was great. I don’t know who you are but definitely you’re going to a famous blogger if you aren’t already 😉 Cheers!