SpaceX acknowledged the impossibility of a re-launch of Falcon 9 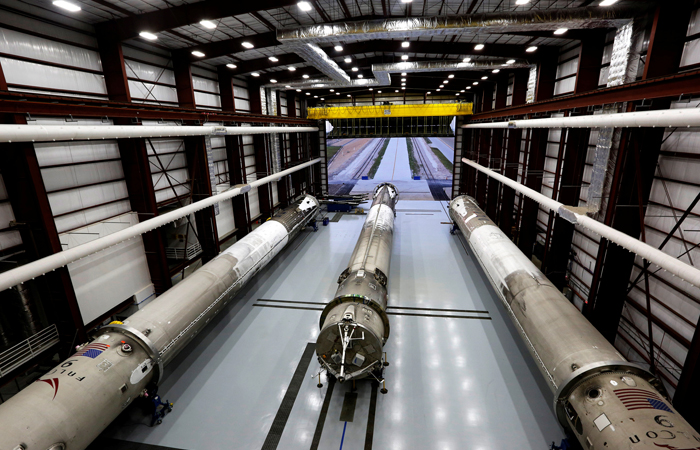 The founder of the aerospace company SpaceX Elon Musk admitted in his Twitter that as a result of the successful landing of the first stage of the Falcon 9 rocket on a barge in the Atlantic ocean, she still suffered serious damage.

According to the Mask, the rocket wasn’t in any shape to reuse, but it will serve as a comparative model for the future.

The landing of the first stage occurred on may 6, 2016 after the withdrawal on a geotransfer orbit a Japanese communications satellite JCSAT-14.

After almost nine minutes of the first stage at an altitude of about one kilometer over the landing site began to slow down, utilizing three of its engine, to three seconds to reduce the speed about 500 km/h.

SpaceX has previously described the attempted landing of the first stage experimental and not expected to succeed due to the high landing speed, however, fit in General, as recognized earlier, was successful.

At the moment of separation of the first stage from the second speed was 8400 km/h; this velocity was required in order to bring telecommunications satellite into orbit, located at a distance of 35.5 thousand km from the equator. In this regard, the Falcon 9 when entering the atmosphere heated up five times more than the previous stage. For comparison, when running on a lower orbit, the speed of the first stage, for the first time successfully stranded on a barge in April 2016, amounted to 6,500 km/h.

Currently, SpaceX hangar stored three had been in space the first stage of the Falcon 9, but none of them has yet been reused. The company nevertheless intends to launch another rocket landed in April.

Before engineers there was a question of providing reliable thermal protection to the rocket after future runs could return in an acceptable condition and to do without long-term maintenance.

SpaceX hopes that the return of the first stage after the launch will reduce the cost of delivering payload into orbit. These expectations stem from the fact that the cost of the rocket is many times higher than the cost of fuel that it uses. Meanwhile, reusable for successful use it is necessary to achieve a soft landing stage.

The next launch of the Falcon 9 with the conclusion of the telecommunications satellite Thaicom 8 is scheduled for may 26 from Cape Canaveral, the first stage will also meet on a floating platform in the sea.