SpaceX changed her mind to fly to the moon 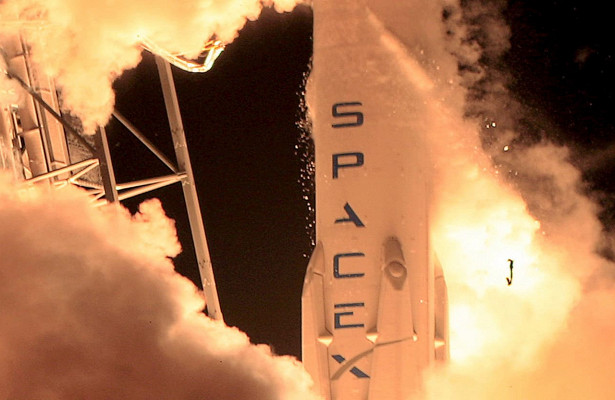 The company SpaceX postpones from the end of 2018 until mid-2019 the first commercial launch of its spacecraft with people into the Moon’s orbit.

This statement was made by the official representative of SpaceX James Gleason, who, however, did not disclose the reason for such a move. “SpaceX is still planning to send a private person to make a turn around the moon, interest in this from many customers is growing,” Gleason said.

It should be noted that initially this company planned for the current year 28 launches. At the moment, this indicator has decreased by 40%, which is a reflection of a sharp decline in the world number of orders for construction and launch of large commercial satellites.

In January, the same newspaper reported that the US National Aeronautics and Space Administration (NASA) is postponing until the spring of 2019 the beginning of regular manned spacecraft missions developed by SpaceX and Boeing Corporation.

This is due to too high a risk of emergency situations and accidents in the operation of these commercial ships. Americans use the Cygnus ships of Orbital ATK and Dragon company SpaceX to deliver cargoes to the International Space Station.

On January 8, 2018, SpaceX launched a Falcon 9 missile from Cape Canaveral, Fla. (Which was supposed to take Zuma military satellite into space, but it was not found in near-Earth orbit by the US Air Force Strategic Command.) The company stated that the missile had worked properly. , to the loss of Zuma resulted in a malfunction in the satellite separation system from the upper stage of the rocket.For this system is responsible for the firm Northrop Grumman, who built the spacecraft.