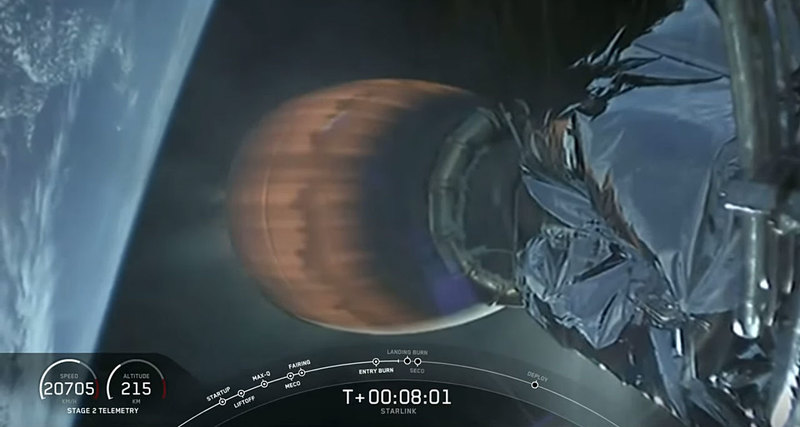 SpaceX launched into space using a Falcon 9 rocket and deployed 60 Starlink satellites in orbit. After the mission, the rocket successfully landed on the company’s unmanned ship at sea.

This is the seventh launch of Starlink as part of the ambitious Starlink Internet project, thanks to which the number of Internet satellites has increased to 420. In total, it is planned to put into orbit nearly 12,000 satellites by the end of 2021.

SpaceX plans to eventually distribute the Internet throughout the Earth from space. As soon as a sufficient number of satellites is launched, the company intends to start selling special terminals that will allow subscribers to connect to the satellite network. At the moment, it is planned by the end of the year to provide partial coverage in Canada and the northern United States.

During launch in March, one of the SpaceX Falcon 9’s main engines crashed and the rocket was unable to land on an unmanned ship in the Atlantic Ocean. This was the second unsuccessful landing for SpaceX this year.