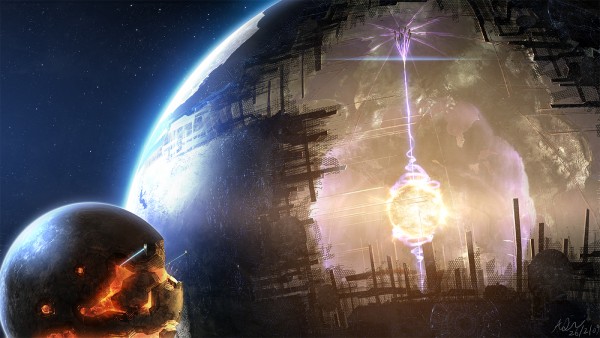 A new analysis of data from the Kepler telescope revealed that the mysterious Orb of KIC 8462852, in the area which may exist highly developed civilization, lowered the brightness by 3% during the work of this spacecraft in orbit.

In mid-October 2015, astronomers from Yale University spoke about unusual fluctuations in the brightness of the star KIC 8462852 in the constellation of Cygnus, the strength of the glow which had twice been reduced by almost a quarter in the last 7 years. These blinking for the first time pointed to the possibility of the presence in its vicinity of the so-called Dyson sphere created by the evolved civilization of aliens.

Initially, scientists assumed that such a blinking star could be caused by a swarm of comets closed it the light from observers on Earth, but in January 2016 the American astronomer Bradley Schaefer found that the brightness of KIC 8462852 inexplicably fell by 0.16 magnitudes over the last century that questioned this theory.

Disagreed with him a team of astronomers under the leadership of Michael Hippke (Michael Hippke) to write off fluctuations in the brightness errors in the preparation of the images. This provoked a scientific war between Hepke and Schaefer, who began to box by correspondence, exchanging claims via the pages of scientific publications and in the media.

Benjamin Monte (Bendjamin Montet) of the Harvard-Smithsonian astrophysical center (USA) and Joshua Simon (Joshua Simon from the Carnegie institution for science in Pasadena (USA) defended Schaefer and showed that the brightness of KIC 8462852 really gradually decreases in recent years, after studying pictures of the space Observatory Kepler.

The Kepler telescope, as the scientists explain, in the first period, which ended after an accident in early 2013, was not looking at a single star, and hundreds of thousands of lights at the same time, located at the junction of the constellations Cygnus and Lyra. This allowed Monte and Simon to see how varied the brightness of KIC 8462852 since December 2009, when it launched a telescope, and to may 2013.

As scholars have noted, to get long-term fluctuations in the brightness of stars from images of Kepler was not so easy, as the telescope was designed for monitoring short-term dips in brightness caused by the passage of the planets through the disk of a star, and not mysterious and incomprehensible processes, as in the case of KIC 8462852. For example, automation of the probe often longer considers fluctuations in the brightness of various anomalies in its image sensor and corrects them.

Monte and Simon managed to get around all these issues using data on fluctuations of brightness of individual stars, and the full pictures of all the piece of the night sky that looked Kepler from 2009 to 2013. The preparation of such photos takes a lot of time, so the probe did them only once a month. This, on the other hand, was enough to appreciate how varied the brightness of KIC 8462852.

The calculations show Simon and Monte, the brightness of this star of aliens was falling at 0.3% per year, and for the first thousand days of work of Kepler and she fell 0.9%. Then she was falling even faster, and just six months after that, she fell 2%. Then the rate of decline has decreased, and at the moment it fell 3%.

Confirming the statement of Schaefer, the astronomers have tested whether this drop is an anomaly by measuring fluctuations in the brightness of other stars. This analysis showed that KIC 8462852 really is a unique and very strange luminary, whose behavior is impossible to explain a single existing theory.