“Star cradle” in the Orion Nebula 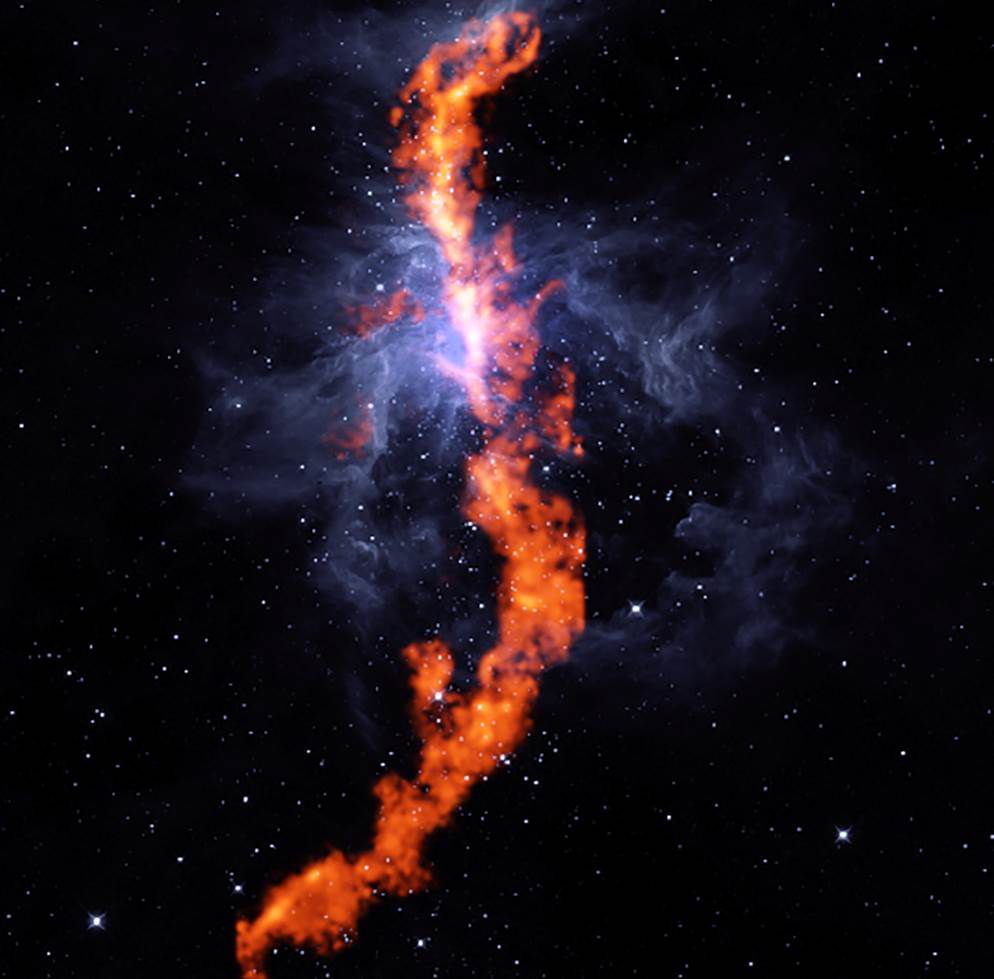 Astronomers have published a snapshot of the extensive filament from the gas in which stars are formed, located at a distance of 1200 light years from us in the “star cradle” lying in the Orion Nebula.

This image shows ammonia molecules located within a filament 50 light-years in length, which was detected as a result of radio observations made with the help of the Robert C. Byrd Green Bank Telescope telescope (West Virginia, USA). The image is combined with the image of the Orion Nebula, an object familiar to both professional astronomers and amateur astronomers – obtained using the NASA Wide-field Infrared Survey Explore (WISE) telescope.

This photo accompanies the first publication of scientific data obtained by the Green Bank Ammonia Survey (GAS) collaboration. The aim of the GAS project is to review all the large, nearby star-forming regions located in the northern half of the Gulda belt-rings of young stars and gas clouds that move across the sky and pass through the constellation Orion. This review will ultimately provide a more detailed picture of the distribution of temperatures and velocities of the gas masses within these dynamic star-forming regions over a vast portion of the sky.

This first publication of the results from the GAS project includes observations of four clouds of the Gould Belt: a cloud of B18 located in the constellation of Taurus; A cloud of NGC 1333 lying in Perseus; L1688 – in the Ophiuchus; Orion A – in Orion.