Star light provides energy for the formation of life 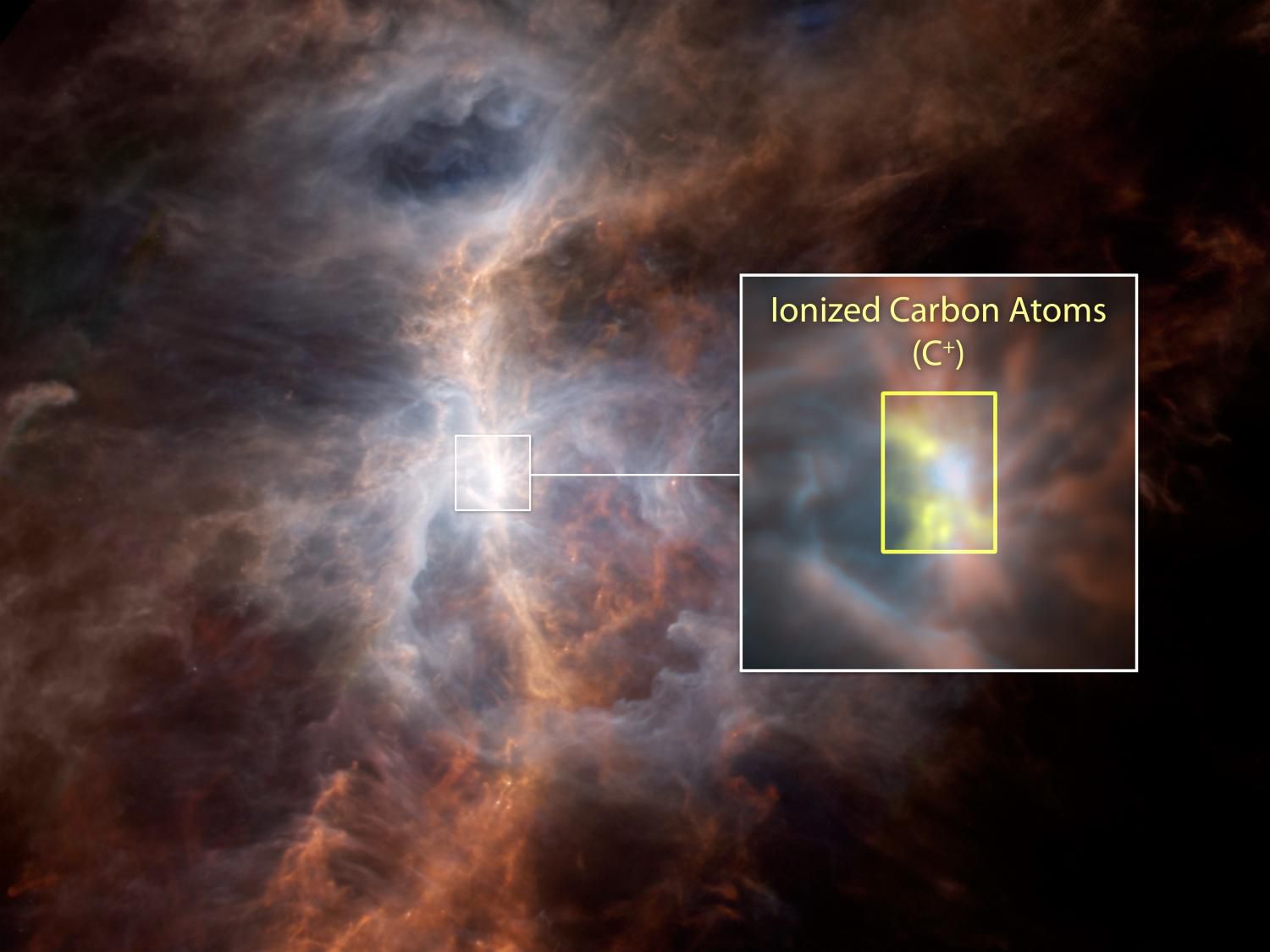 In the new study, astronomers have penetrated deeper into the mystery of the formation of molecules that are the “building blocks” for more complex organic molecules, which, in turn, are the basis for the existence of biological life. Thanks to data obtained by the space Observatory “Herschel” (Herschel) of the European space Agency, scientists have discovered that ultraviolet light emitted from stars plays a key role in the formation of these molecules, instead of “shock” events that give rise to turbulence, as previously thought.

In this work, the researchers studied the particles of carbonaceous substance of the Nebula of Orion, the nearest to the Earth of the “star cradle” in which massive stars are formed. Scientists have measured the amount, temperature and movement of the molecules the carbon-hydrogen (CH or metrodin), a positively charged ion carbon-hydrogen (CH ) and the parent in relation to them a particle – a positively charged ion of carbon (C ).

“On Earth the Sun is the energy source for all living things. Now, we know that star light is the energy source necessary for the synthesis of substances which are chemical precursors to compounds needed for life,” said Patrick Morris (Patrick Morris), main author and researcher from the center Infrared Processing and Analysis Center California Institute of technology, USA.