Star that can destroy the Earth 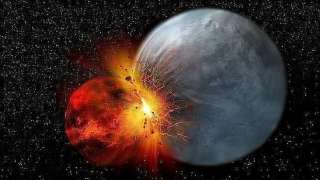 Astronomers have started talking about a dangerous star for our planet, which can even completely destroy it. Experts call the Glice 710 space object. Such a star was given by the German scientist Wilhelm Glies, who is the “father” of the star catalog.

The killer star, now called the gas ball in the media, is the representative of orange dwarfs of a single species. From all other luminaries, which also belong to this type, it differs incredibly high speed of its movement. Now Earth shares this star with 64 light years.

According to the latest research data, the shortest distance to which the killer star will approach our planet is one light year, which is four times less than the distance from us to the nearest gas ball of this type. By the way, one hundred percent guarantee such calculations still do not give.

In the course of recent studies, specialists began to believe that the Glise 710 would approach the Earth at an even more dangerous distance than previously thought. It is not ruled out that the inhabitants of the Earth will even be able to see this star. In size, the object is equated with Venus.

It’s worth noting that seeing Glise 710 with your own eyes is just an incredible event that occurs only once every 600 million years. In this case, a collision with it can cause abundant rains from meteorites, as well as multiple collisions with comets.

According to experts who have been dealing with this issue for a long time, worrying about the possible collision of our planet with Glise 710 is simply meaningless, since such contact with an incredibly dangerous star is also a rare event, and it can happen only after 1b5 million years, or through several tens of thousands of generations.