Stars can be born from matter emitted by black holes 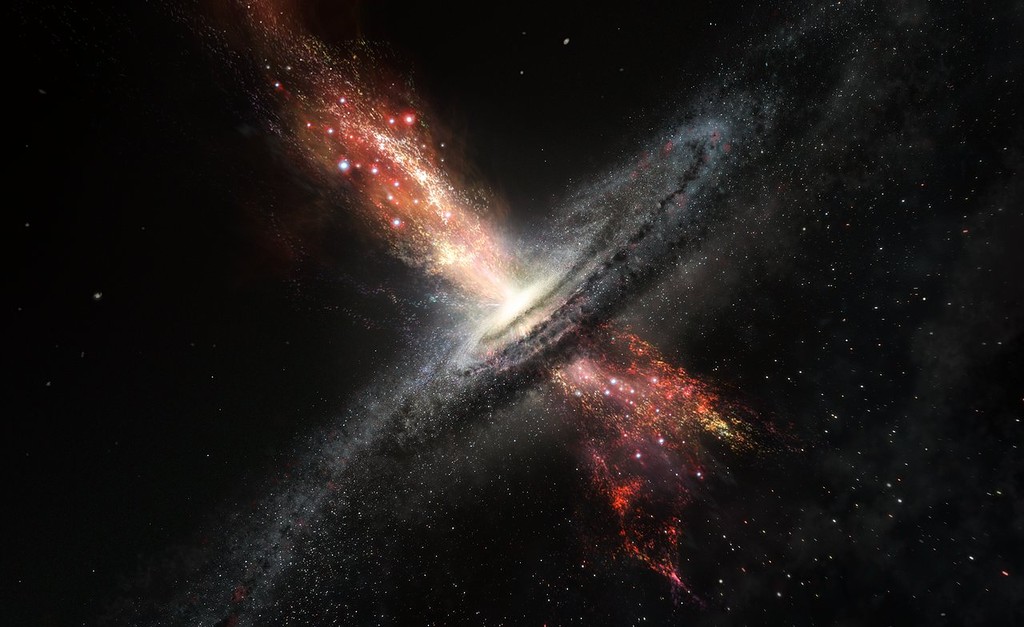 Supermassive black holes are located in the centers of most of the studied galaxies. Astronomers have long believed that they play a very important role in the processes of star formation. As is known, not all of the matter falling in the vicinity of a black hole is absorbed by it. The part is thrown outwards in the form of jets and plasma streams, which can be compared in some ways with winds. It is believed that such winds can “blow out” interstellar gas from the galaxy, thereby slowing down, or completely stopping, the processes of star formation in it. But as the latest data show, these processes are much more complicated than previously thought. Black holes can not only destroy, but create.

With the help of the Very Large Telescope located at the Paranal Observatory, a group of European astronomers observed a pair of colliding galaxies known as IRAS F23128-5919. They are located at a distance of 600 million light-years from the Milky Way. Scientists could see colossal eruptions of matter from the vicinity of a supermassive black hole located in the core of one of the galaxies. Within these emissions, radiation was detected, characteristic of newborn stars, whose age is less than a few tens of millions of years. Preliminary analysis shows that they are hotter and brighter than the luminaries formed in galactic disks. According to astronomers, this means that young stars formed directly from the substance ejected by black holes.

Astronomers also managed to capture the movement of these young luminaries. Most of them are removed at very high speeds from the center of the galaxy. This confirms that they are located in the flow of the ejected matter. Such stars can gain enough speed to leave their native galaxy forever.