Start of the piloted mission to Mars was postponed for 2031 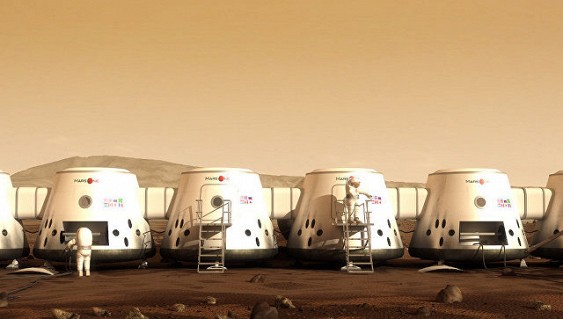 Organizers of the Mars One project which is based in the Netherlands offering irretrievable expedition to Mars postponed to five years, for 2031, start of the first piloted mission to Mars, is reported on the project website.

“2031 – the first crew from four astronauts goes to Mars approximately for 7 months” — it is said in updated “road map” of the project. Earlier it was planned that the first piloted expedition within the project will be performed in 2026.

Besides, organizers, till 2022, postponed start of the first unmanned mission to four years. Earlier it was supposed that it will be carried out in 2018, France Presse agency notes.

Changes in the schedule of holding missions are connected with “new financial strategy”, the accepted ambassador of purchase of Mars One by the Swiss company InFin Innovative Finance AG providing financial services. The transaction it was announced last week.

The Mars One project which is based in the Netherlands puts the task to perform the piloted expedition to Mars. Four project participants will become the first Martian colourists and will carry out a life remaining balance in the Martian settlement which will be built for them by the automatic machines sent to Mars beforehand.

By this moment by results of studying more than 200 thousand requests organizers selected 100 people who can become participants of a mission. It is supposed that subsequently organizers will choose 24 persons who will go to a seven-months travel to the planet groups of four people from this one hundred.