Started the brightest star of the year 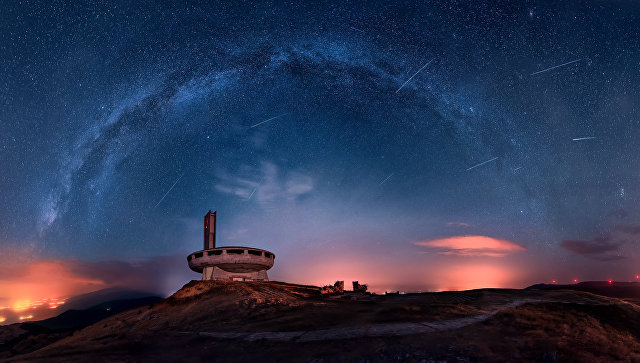 The Perseids, the brightest meteor shower of the year, in August began to illuminate the night sky. It will reach peak brightness, which this year will be unusually large, in the middle of the month.

Falling stars — meteors — are small particles of interplanetary matter the size from sand grains to peas. They enter the earth’s atmosphere at a speed of about 20 kilometers per second and burned almost instantly, leaving the sky a beautiful bright trail.

The Perseids is one of the most powerful and well-known meteor showers, it occurs when the Earth enters the dust trail of comet swift-tuttle (109P/Swift-Tuttle). According to forecasts of the International meteorological organization (IMO), this year maximum activity of the meteor shower was supposed to reach 12 August from 18.15 to 20.45 UTC (GMT Friday 22.15 — 00.45 GMT Saturday).

This year the Perseids will be unusually bright – instead of the usual 80-100 shooting stars per hour we will see about 150-200 meteors due to the fact that the Earth will pass through an unusually dense remains of comet swift-tuttle. These bright lines, as emphasized by the astronomers, will not constitute a danger to human life on Earth and probes in orbit.

Meteors will be flying at us from the constellation of the Giraffe and Perseus, which is always worth a watch in the night, starting literally today, in order to see the bright lines of the heavenly stones, burning up in the atmosphere of the planet.

Scientists advise to start the observation before, as the Moon will be almost full during the peak of the Perseids, which will make them less visible to the naked eye and binoculars Amateur astronomers.

It is worth noting that the current power star rain is not a record — in October 2011, meteor shower Draconids gave 800 shooting stars per hour.