Station “Juno” is ready to go into orbit of Jupiter 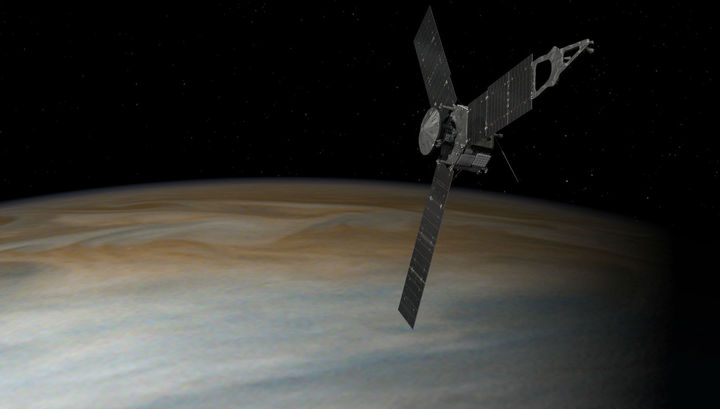 The us space Agency NASA is preparing for the final phase of work, which became a logical continuation of the famous mission “Galileo”. In 1989, the eponymous spacecraft was launched into space to 8 December 1995 for the first time in history to go into orbit of Jupiter. On Monday, 4 July 2016, this achievement needs to repeat the automatic station “Juno” (Juno).

19:18 Moscow time will start the main engine, which for 35 minutes will push it into orbit around the gas giant. If all goes well, the station will begin its two-year work, passing in 4200 miles above the upper edge of the clouds of Jupiter. That’s enough to carry a variety of scientific observations at a safe distance from the deadly radiation of the planet.

Scientists hope that eventually they will be able to learn more about the poorly understood polar regions of Jupiter to estimate the concentration of water vapor in its atmosphere, and for the first time to see the clouds of stone core of the planet.

According to the basic model, astronomers, Jupiter was the first planet that formed from gas that surrounded the newborn Sun 4.6 billion years ago. Therefore, there is need to find the oldest material in the Solar system. At the moment it is known that a gas giant mostly made of hydrogen and helium. But now researchers will have a chance to accurately assess the content of other chemical elements.

We add that the automatic station was given the name of the Roman goddess Juno, the wife of the God Jupiter. According to ancient myths, Jupiter shrouded himself in clouds in order to hide their love Affairs, but Juno could see through the shroud. The spacecraft, equipped with microwave emitters will also be able to a few hundred kilometers to look deep into the gas clouds of the planet.

Earlier laboratory models have shown that different layers of the atmosphere of Jupiter must have different properties, and while the temperature of the upper edge of the clouds is about -100 degrees Celsius, the closer to the nucleus it can go up to 300 degrees.

Using the tools of “Juno” scientists can determine the composition of the different layers of the atmosphere and to estimate the amount of ammonia, water and other components. This, in turn, will help to reveal the secret of largest planet of the Solar system. Because different theories of the birth of Jupiter predict different concentration of water in its atmosphere. 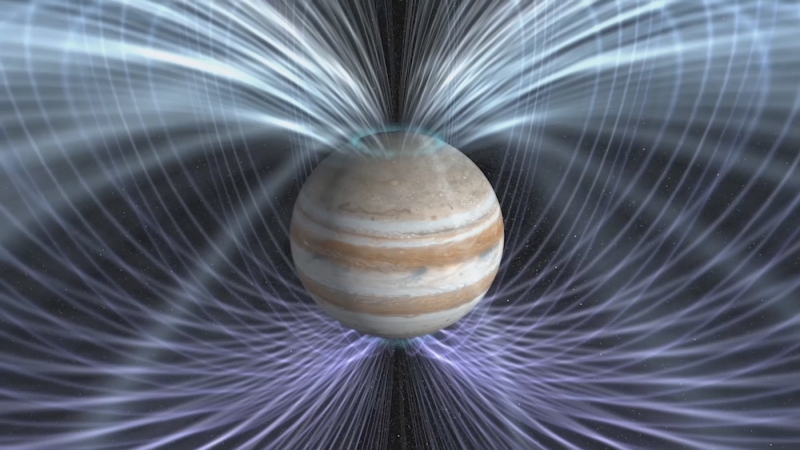 Another mystery will begin to unravel the station – the origin of the giant magnetosphere of Jupiter. The planet’s magnetic field creates a cavity in the solar wind the size of three million kilometers. If human eyes could see this area when observed from Earth, its size would be comparable to the Moon.

“Juno” has a pair of magnetometers, which were specially developed by engineers of NASA, and over time will allow scientists to study the direction and strength of the magnetic field of the planet. Devices mounted on one of the solar panels of the device and furthest from other electronic devices to reduce their impact on measurement accuracy.

Scientists also expect that the experience of “Juno” in the future can be used to study other gas giants in the Solar system and beyond.

“If we learn how Jupiter formed, we will much better understand the influence of the giant planets in other planetary systems around other stars,” says Fletcher.

The mission “Juno” will run until February 2018. During this time the unit will do 37 laps around the planet, and then burned in its atmosphere. NASA chose such a dramatic ending, to avoid collision the station with the satellite of Jupiter Europe. In under-ice oceans of Europa may have life, and scientists are afraid to “pollute” this is a unique property of earth materials.

As reported on the website NASA, the detectors “Juno” has recorded crossing of the border of the magnetosphere of Jupiter with the solar wind and the entrance of the apparatus in the magnetic field of the planet.