Stephen Hawking – humanity should start migration from the Earth 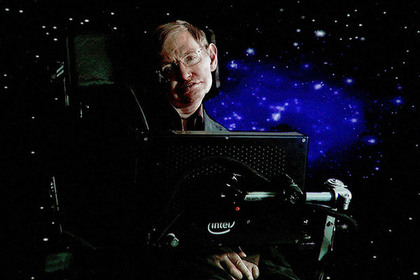 British scientist Stephen Hawking believes that in the next 30 years humanity must start migration from Earth. The physicist told about this at the International Festival of Science and Arts Starmus IV, which takes place in the Norwegian city of Trondheim. This is reported by The Telegraph.

According to the scientist, a term of 30 years is enough to create a base on the Moon, and 50 years – on Mars. On these heavenly bodies Hawking offers to send samples of plants, animals and mushrooms. “I am convinced that people must leave the Earth. The earth is becoming too small for us, our physical resources are depleted at an alarming rate, “the physicist said.

Hawking argues that migration will avoid overpopulation of the planet and problems associated with global warming. According to the scientist, the catastrophe on Earth, which can occur due to the fall of an asteroid, overpopulation or global warming, someday will inevitably come. The physicist compares the exploration of outer space with the discovery of America by Christopher Columbus. In his opinion, this is the natural way of development for mankind.

The scientist not the first time calls to colonize other planets. Widely known Hawking received after in April 1988 his popular science book “A Brief History of Time” was published. It is translated into dozens of languages ​​and published in a total circulation of more than 10 million copies.