Stereoscopic image of the Ryugu asteroid 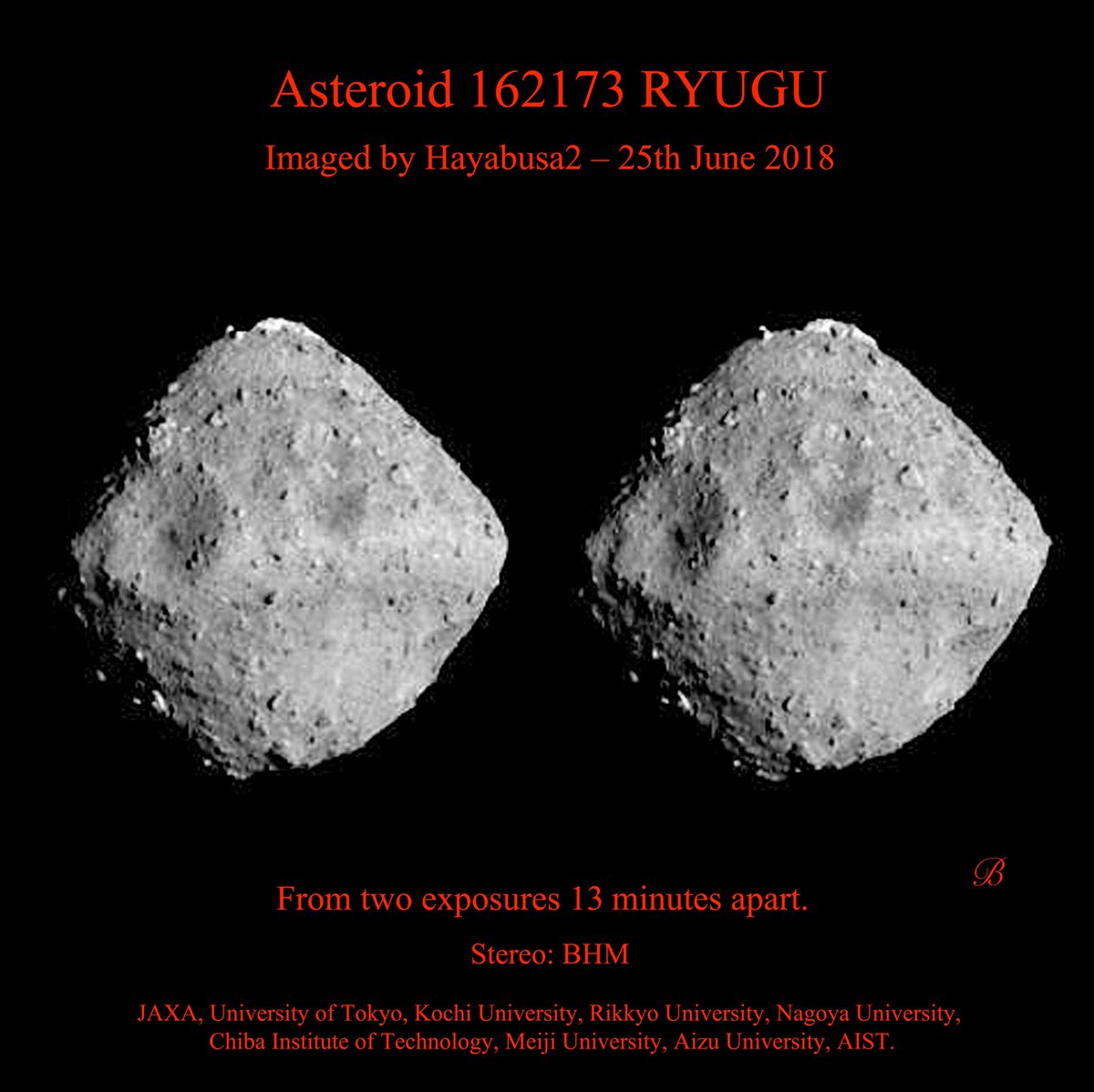 Queen guitarist and astrophysicist Brian May created a stereoscopic image of the Ryugu asteroid, 280 million kilometers from the Earth. This is reported on the site of the mission of the Japanese interplanetary spacecraft Hayabusa-2, designed to study the asteroid.

May had previously had experience in creating stereoscopic images of celestial bodies and turned to the Hayabusa-2 team to get the necessary pictures of Ryugu. On the basis of the obtained data, May managed to create an image of an asteroid, allowing it to be viewed in three dimensions and to see the features of the relief of the cosmic body.

“It was easy to do, because the lighting is beautiful, the angle [from which the pictures are taken] is excellent, you just need to place two pictures side by side, and you will get a stereoscopic image,” May said.
At the end of June, Hayabusa-2, three and a half years after launch, reached the asteroid Ryuga, approaching a distance of 20 km. The total length of the path he made was about 3.2 billion km.
For several months, Hayabusa-2 will continue to approach the asteroid, while studying its trajectory of rotation and the gravitational field in parallel. According to calculations of experts, in September – October the probe will land on an asteroid and take samples of rocks.

Such an operation will be done three times, including in February and May next year. Then in November – December 2019 the probe will go back to Earth.

The diameter of Ryūgu, which lies between the Earth and Mars, is only 900 meters. “Hayabusa-2” was launched to an asteroid in December 2014 from the cosmodrome on the Japanese island of Tanegashima. Scientists hope to find on the asteroid traces of water and organic substances, which can help in unraveling the mysteries of the spread of life in the universe.