“Steve” appeared south of the usual 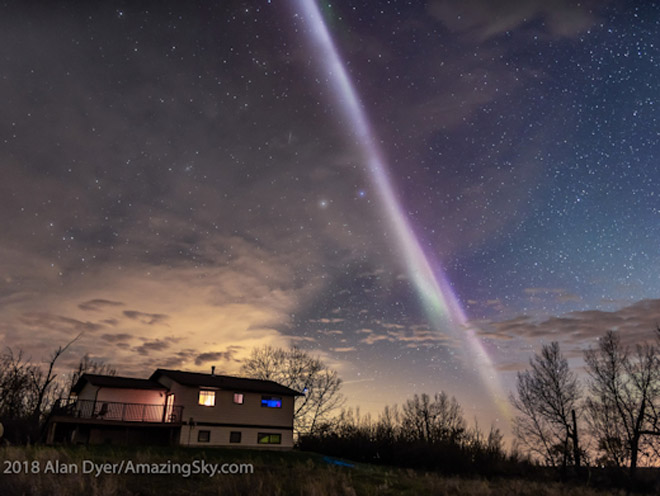 On May 5, the solar wind flow reached Earth, triggering geomagnetic storms of class G1 and G2. High in the atmosphere, hot plasma jets began to flow through the magnetic field of our planet, and suddenly “Steve” appeared. Alan Dyer photographed a glowing purple arc over Gleichen in the Canadian province of Alberta.

“Steve” appeared in a completely new form on Sunday evening, having arranged a magnificent light show in the south of Alberta. At first, the arc was weak, then it became brighter, stretching across the sky, “says Dyer.

The phenomenon was discovered by sky monitors in Alberta just a few years ago, although, undoubtedly, was active long before that. Narrow tape is associated with aurorae, but has a certain shape, color and habitat. At the moment, scientists consider “Steve” a manifestation of hot plasma currents in the upper atmosphere.

In a recent article, Elizabeth MacDonald of NASA’s Goddard Space Flight Center “Steve” is associated with a phenomenon called “subauroral ion drifts” (SAID). Satellites recorded thousands of SAID: most often they appear in the spring and autumn and seem to prefer latitudes of about + 60 °. But this weekend, “Steve” appeared south of the usual. Greg Ash saw the tape over the city of Ili in the US state of Minnesota at latitude of + 47.9 °. 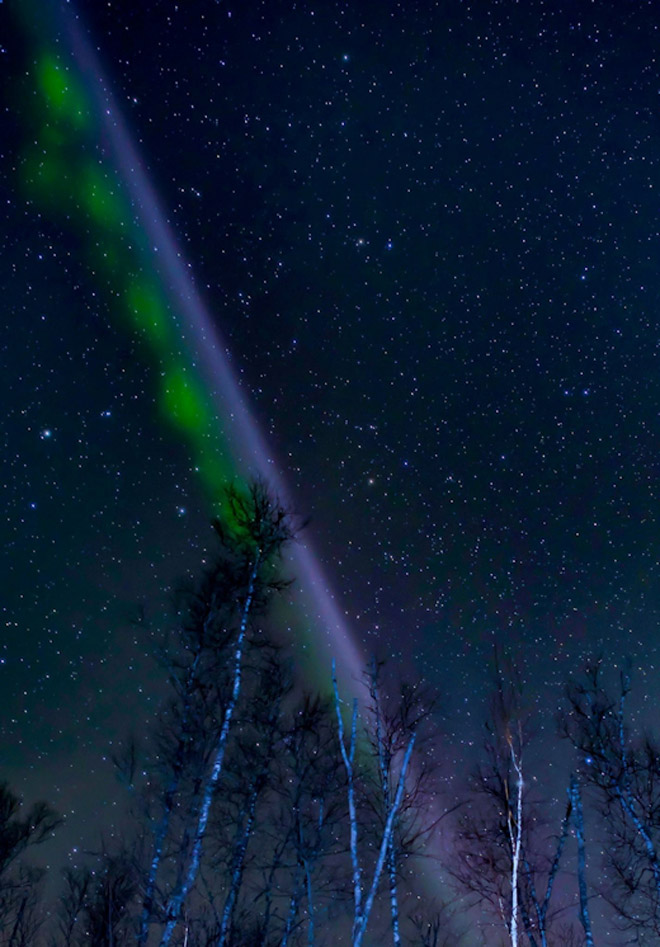 “As you can imagine, I was absolutely shocked. This was my first meeting with Steve, and I could see it with the naked eye, including the ripples of green and purple, “says Ash.