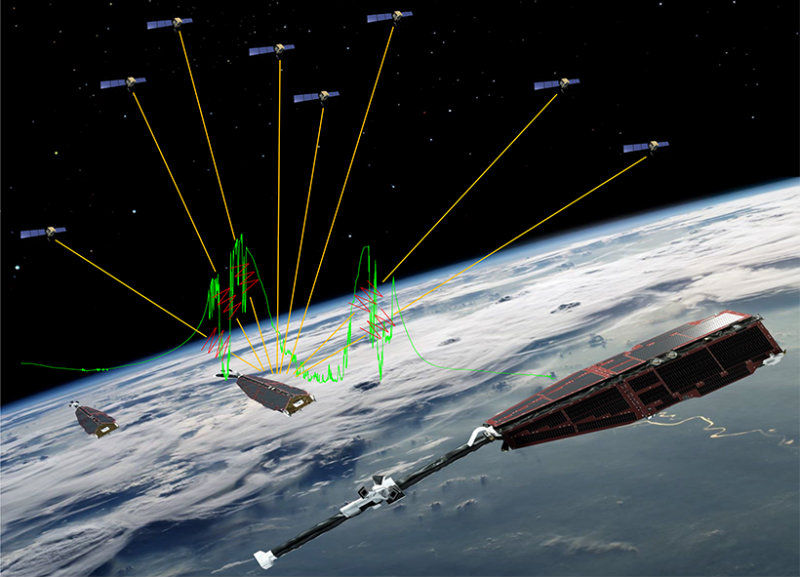 Engineers working on the creation of satellites, a long time could not understand why GPS navigation systems are installed on the satellites moving in low orbits, such as the satellite of the European space Agency Swarm, sometimes give a crash when the flight of the satellite above the equator between Africa and South America. Due to the satellite Swarm, now, it seems, it turned out that the culprit are the “storms” in the ionosphere.

Launched in 2013, a trio of Swarm satellites measures the parameters of the magnetic fields emanating from the Earth’s core, its mantle, crust, oceans, ionosphere and magnetosphere.

Like many other satellites, the Swarm vehicles are equipped with GPS receivers to enable operators know the exact location of the satellites and to adjust orbits. In addition, the system allows GPS to determine the coordinates of a point that produces scientific measurement.

In the ionosphere atoms are ionized by the action of sunlight, that is the split that leads to the release of electrons. In the storms in the ionosphere creates a small region of space in which the ionized material is virtually absent, and the passage of the satellite signal through the region of the ionosphere leads to deterioration in the quality of the signal received by satellites Swarm.