Strange figures on a Martian photo 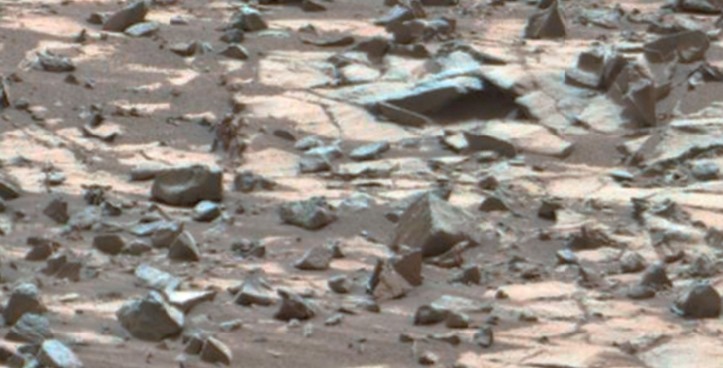 This picture from Mars was made in early January 2018 and you can see something unusual on it. It is difficult to say what kind of object it is, it does not look very much like a humanoid figure or an animal, most of all it resembles some mechanism, probably left by aliens. 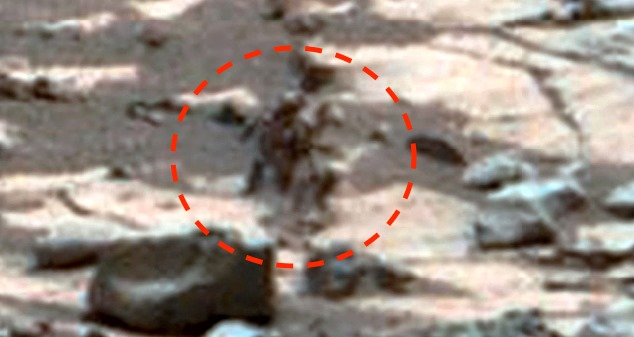 The well-known ufologist Scott Waring sees in this the outlines of two alien figures standing one after another. One figure seems to be bent at the knees. But it can be and one organism. The main version of Waring that these are statues, left from the once-existing Martian civilization. 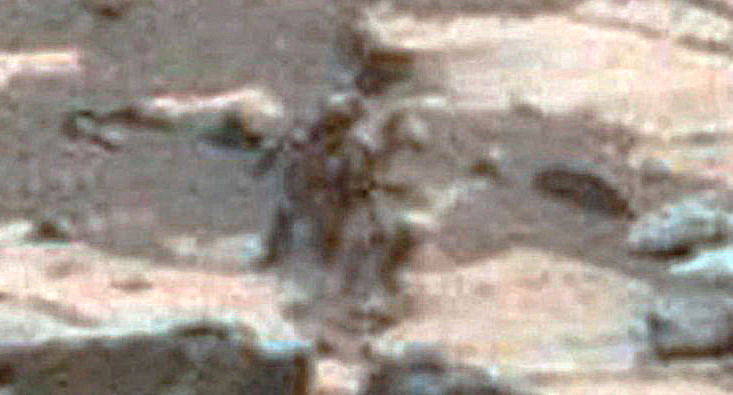 Waring also found around the “statues” several stones of suspicious form, but these stones are most similar to ordinary stones, but the figures stand out from the surrounding stones.