Strange phenomenon on the Moon found an explanation 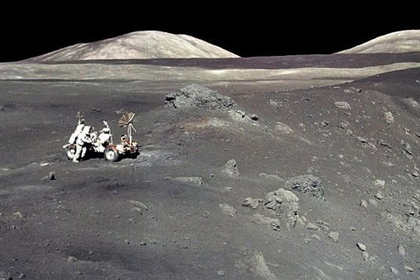 Scientists at the Texas Technological University found the cause of the weak warming of the surface of the Moon, which occurred in 1971-1977. It turned out that the temperature rise was caused by the presence of astronauts, who set up an experiment to measure the outflow of heat from the bowels of the satellite. This is reported by the publication Science Alert.

Astronauts who arrived on the moon on ships Apollo 15 and Apollo 17, drilled holes 2.3 meters deep, and the probes left in them monitored temperature changes. At the site of the Apollo landing 15 observations were conducted from July 1971 to January 1977, and on the site of the Apollo 17 landing from December 1972 to September 1977. The data was received by NASA’s National Center for Space Data, whose specialists sent them to the archive. However, it contained only the information that was received before December 1974.

In 2010, researchers found in the Washington National Registration Center records made from April to June 1975. In addition, weekly journals were found in Houston, including some information on observations until 1977. The analysis of the documents showed that the warming continued until the end of the lunar studies. The temperature rise was more pronounced at the surface, which indicated that the heat source was on the surface of the Moon.

Scientists came to the conclusion that the cause of the phenomenon was the astronauts themselves, which with shoes and wheels of the lunar vehicle damaged the upper layer of the regolith and opened the lower, darker layer to the sun’s rays. This reduced the albedo – the reflectivity of the surface – as a result of which it began to absorb more heat, which raised the temperature by about two degrees Celsius.