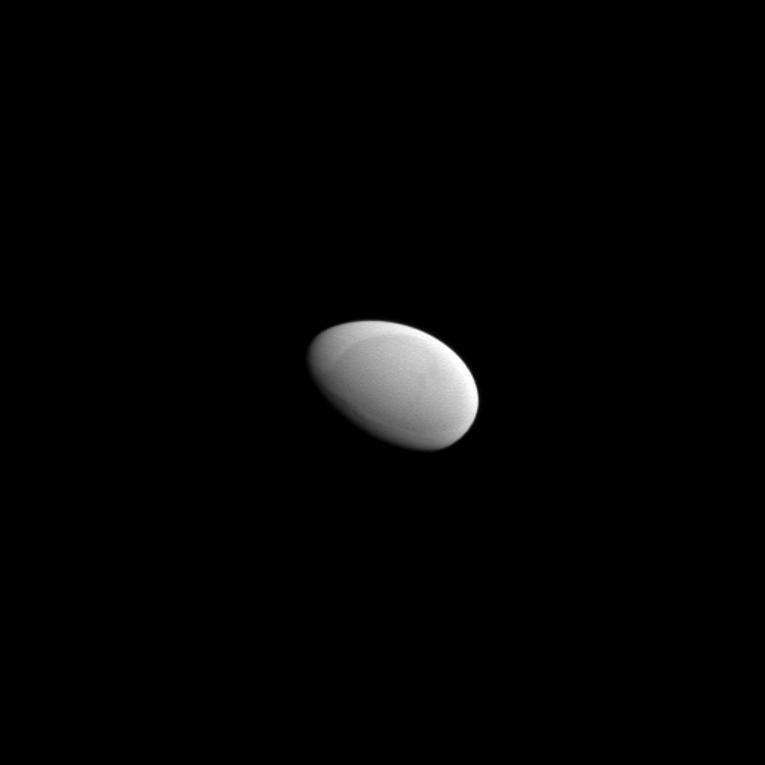 The satellite of Mefona was found on the pictures of “Cassini” in 2004. Since the satellite’s dimensions are only 4 by 2.5 kilometers for a long time there was almost no information about it. But in 2012, “Cassini” made a close migration of Mephones, passing at a distance of a couple of thousand kilometers from its surface.

Then it turned out that this moon has the shape of an egg or an elongated ellipsoid, if we use more scientific terminology. Interestingly, the photos of Mephons could not find a single crater. As if someone had plastered the moon recently.

True, two regions are distinguished on its surface – dark (albedo only 13%) and bright (albedo over 70%). It should also be said that the average density of the satellite is only 0.31 g / cm3 (almost three times less than the density of ice).

This is one of the smallest indicators among all known bodies of the solar system.