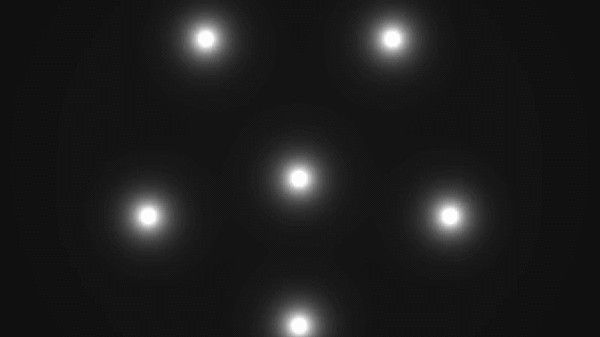 Jupiter’s south pole lurks a striking sight even for a giant planet covered in colorful stripes with a large red spot. Below the planet’s south pole is a group of violent storms in an unusual geometric shape.

Ever since they were first spotted by NASA’s Juno space probe in 2019, storms have become a mystery to scientists. Storms are similar to hurricanes on Earth. But on our planet, hurricanes do not gather at the poles or circle each other in the form of a pentagon or hexagon, as the storms of Jupiter do.

A research team working in the laboratory of Andy Ingersoll, a professor of planetary science at California Institute of Technology, has discovered why Jupiter’s storms behave so strangely. They did this using proof-based mathematics written by Lord Kelvin, a British mathematician physicist and engineer, nearly 150 years ago.

Ingersoll, who was a member of the Juno team, says storms on Jupiter are remarkably similar to those that hit the east coast of the United States every summer and fall, only on a much larger scale.

Like on Earth, storms on Jupiter tend to form closer to the equator and then drift towards the poles. But terrestrial hurricanes and typhoons dissipate before they get too far from the equator. And the Jupiterian ones simply keep on moving until they reach the pole.

“The difference is that on Earth, hurricanes come out of warm water and bump into continents,” Ingersoll says. “Jupiter has no earth, so there is much less friction. Just more gas under the clouds. Jupiter also has heat from its formation, comparable to the heat it receives from the Sun, so the temperature difference between the equator and the poles is not as great as on Earth. ”

But this explanation does not explain the behavior of the storms as they reach Jupiter’s south pole, which is unusual even when compared to other gas giants. Saturn, which is also a gas giant, has one huge storm at each of its poles, rather than a geometrically organized group of storms.

Ingersoll and his colleagues found that the answer to the mystery of why Jupiter has these geometric formations, while other planets do not, could be found in the past, especially in work done in 1878 by the American physicist Alfred Mayer and Lord Kelvin. Mayer placed floating circular magnets in a pool of water and noticed that they spontaneously line up in geometric configurations similar to those observed on Jupiter, with the shape depending on the number of magnets. Kelvin used Mayer’s observations to develop a mathematical model to explain the behavior of magnets.

“Back in the 19th century, people were thinking about how spinning particles in a fluid would organize themselves into polygons,” says Ingersoll. “Although there have been many laboratory studies on these liquid polygons, no one has thought to apply it to the planet’s surface.” 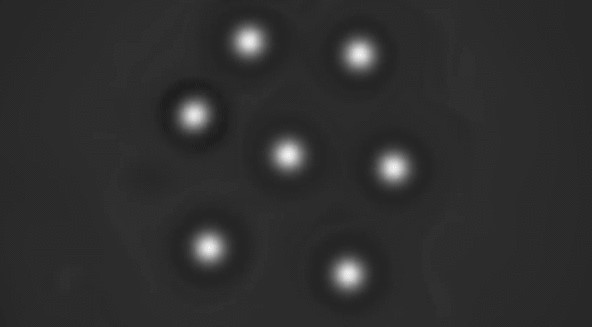 To do this, the research team used a set of shallow water equations to build a computer model of what might be happening on Jupiter and began running simulations.

“We wanted to study the combination of parameters that make these cyclones stable,” says Cheng Li, lead author. “There are well-established theories that predict that cyclones tend to merge at the pole due to the rotation of the planet, and this is what we discovered during the first test launches.”

Eventually, the team discovered that a stable geometric arrangement of storms like Jupiter could have formed if each storm were surrounded by a ring of winds that rotated in the opposite direction from the rotating storms, or the so-called anticyclonic ring. The presence of anticyclonic rings causes storms to repel each other rather than merge.

Ingersoll says the study could help scientists better understand how the weather on Earth behaves.

“Other planets have a much wider range of behavior than what we see on Earth, so you need to study the weather on other planets to test your theories,” he says.