Study describes one of the most extreme planets in the universe 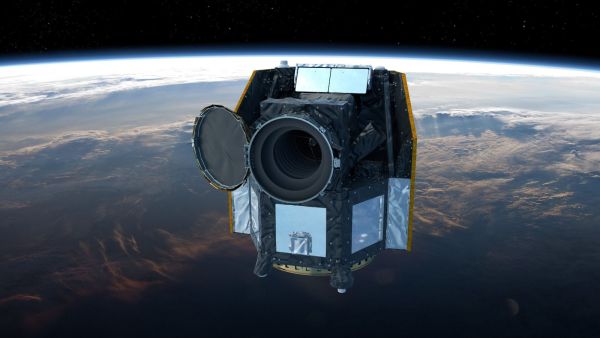 CHEOPS keeps its promise: Space telescope observations have revealed details of exoplanet WASP-189b, one of the most extreme planets known.

8 months after the launch of the CHEOPS space telescope, the first scientific publication using CHEOPS data was released. CHEOPS is the first ESA mission to study known exoplanets orbiting stars outside the solar system. Exoplanets were first discovered in 1995 by two Swiss astronomers, Michel Mayor and Didier Kelos, who were awarded the Nobel Prize last year for this discovery. CHEOPS was developed through a partnership between ECA and Switzerland. Led by the University of Bern and ESA, a consortium of more than 100 scientists and engineers from 11 European countries participated in the creation of the satellite for 5 years. The CHEOPS Scientific Operations Center is located at the University of Geneva Observatory.

Using CHEOPS data, scientists recently conducted a detailed study of the exoplanet WASP-189b. The results were accepted for publication in the Astronomy & Astrophysics journal. Willie Benz, professor of astrophysics at the University of Bern and head of the CHEOPS consortium, said: “These observations demonstrate that CHEOPS fully meets the high expectations for its performance.” 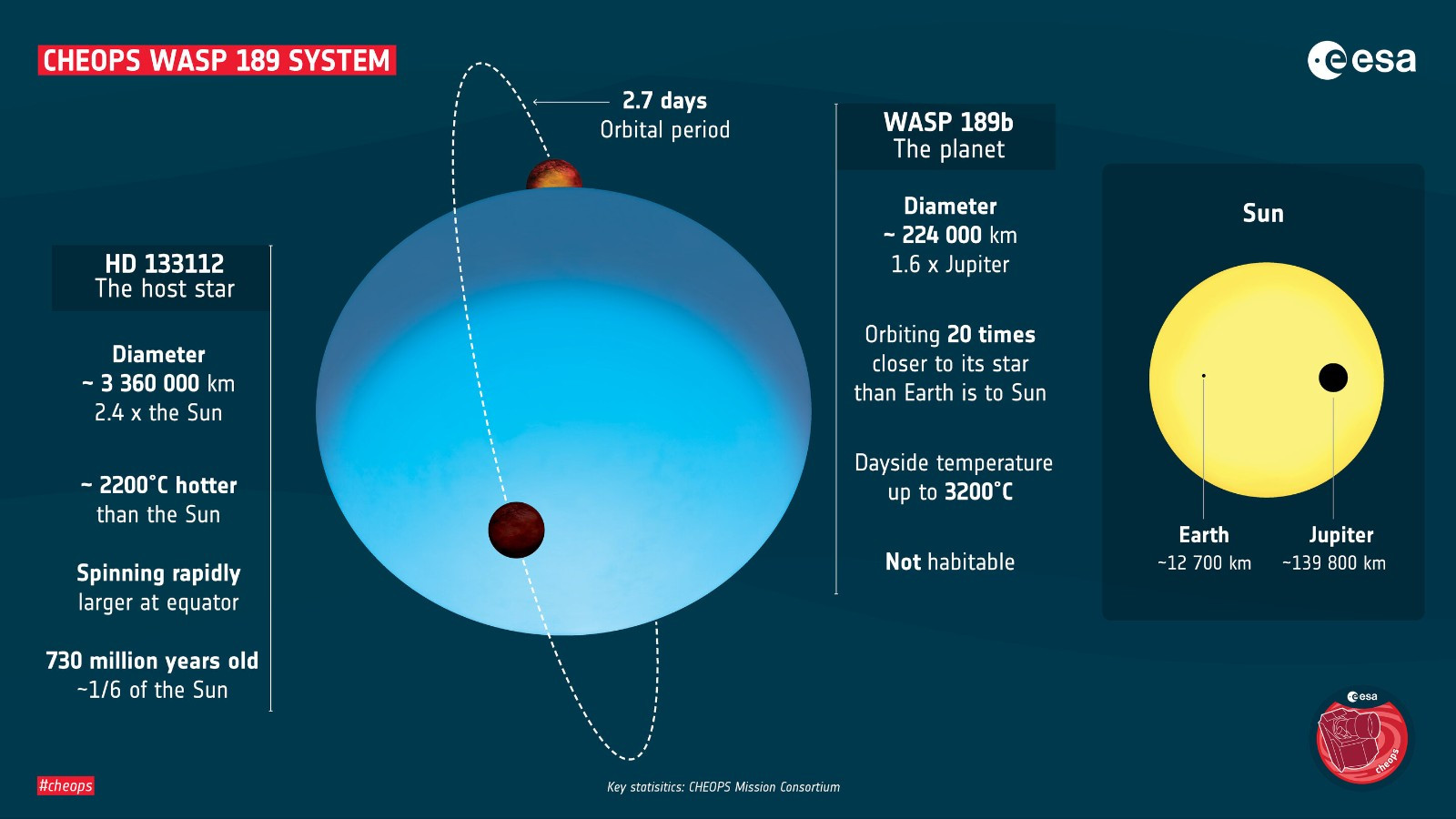 One of the most extreme planets in the universe

WASP-189b, the CHEOPS target, is an exoplanet orbiting HD 133112, one of the hottest stars in a planetary system. “The WASP-189 system is 322 light-years away in the constellation Libra,” explains Monica Lendl, lead author of the study at the University of Geneva.

“WASP-189b is especially interesting because it is a gas giant that orbits very close to its star. It takes less than 3 days to fly around a star and is 20 times closer to the star than the Earth is to the Sun, ”says Monica Lendl. The planet is more than 1.5 times the size of Jupiter, the largest planet in the solar system.

Monica Lendl explains that planetary objects like WASP-189b are very exotic: “They have a constant day side, which is always illuminated by the light of the star, and, accordingly, a constant night side.” This means that its climate is completely different from that of the gas giants Jupiter and Saturn in the solar system. “Based on observations using CHEOPS, we estimate the temperature of WASP-189b at 3200 degrees Celsius. Planets such as WASP-189b are called “super-hot Jupiters.” Iron melts at such a high temperature and even becomes gaseous. This object is one of the most extreme planets we know of, ”says Lendl. 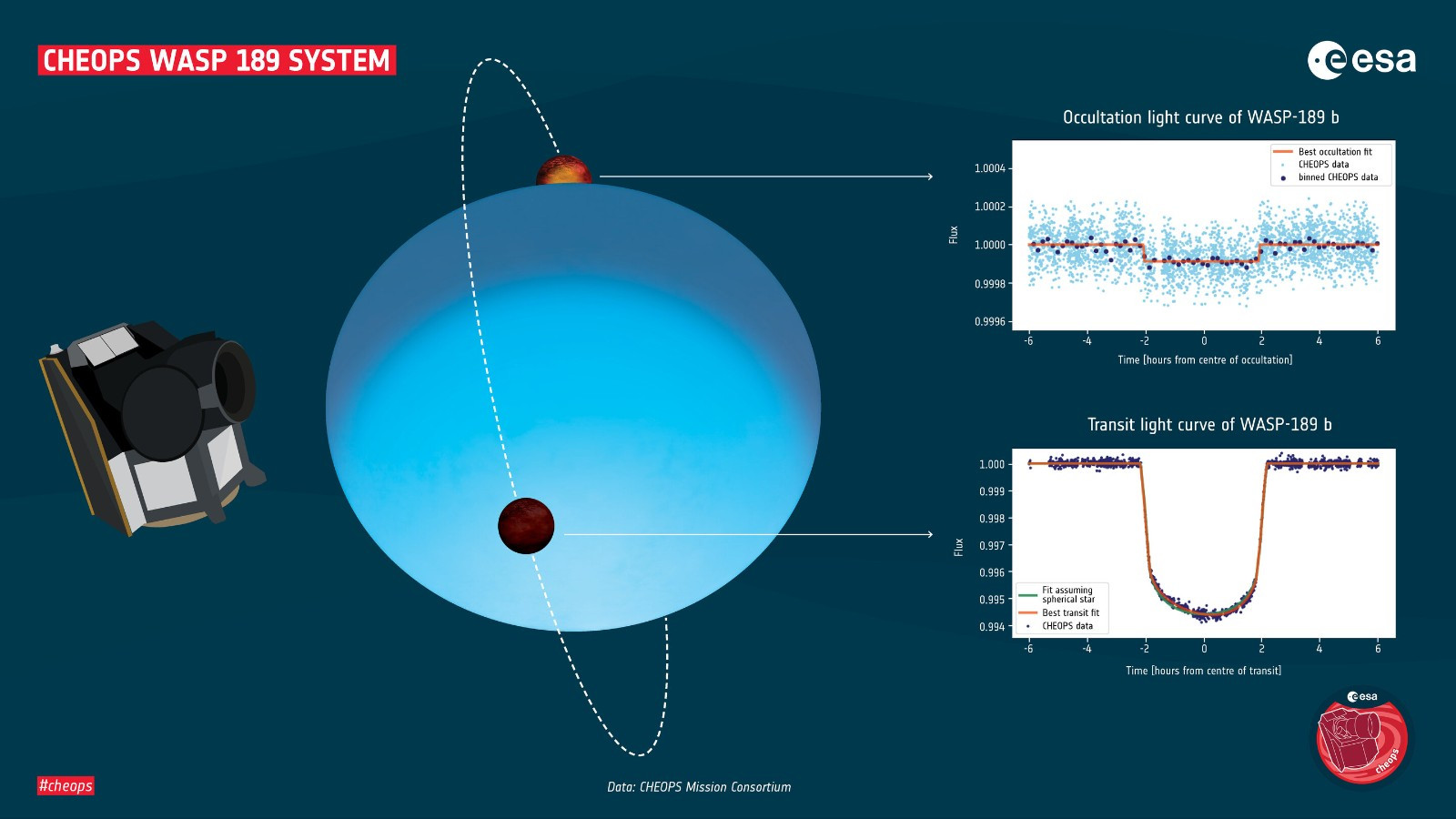 “We cannot see the planet itself because it is too far away from us and too close to its star, so we have to rely on indirect methods,” explains Lendl. To do this, CHEOPS uses highly accurate brightness measurements: when a planet passes in front of a star, when viewed from Earth, the star appears fainter for a short time. This is a transit phenomenon. Monica Lendl says: “Because exoplanet WASP-189b is so close to its star, its daytime side is so bright that we can even measure ‘absent’ light as the planet passes behind its star – this is called an eclipse. We have observed several such WASP-189b eclipses using CHEOPS. It looks like the planet is reflecting some starlight. Instead, most of the starlight is absorbed by the planet, heating it up and making it shine. ”

Researchers believe that the planet is not very reflective because there are no clouds on its daytime side. “This is not surprising since theoretical models say clouds cannot form at such high temperatures,” Lendl says.

Willie Benz: “We also found that the passage of the gas giant in front of the star is asymmetric. This happens when a star has brighter and darker areas on its surface. Thanks to the CHEOPS data, we can conclude that the star itself is rotating so rapidly that its shape is no longer spherical, but ellipsoidal. The star is stretching along the equator. ”

The star around which WASP-189b orbits is very different from the Sun. The star is significantly larger and more than 2,000 degrees Celsius hotter than the Sun. Because it is so hot, the star appears blue and not yellow-white like the Sun.

Only a few planets are known to orbit such hot stars, and this system is by far the brightest. As a consequence, it will be a reference point for further research.